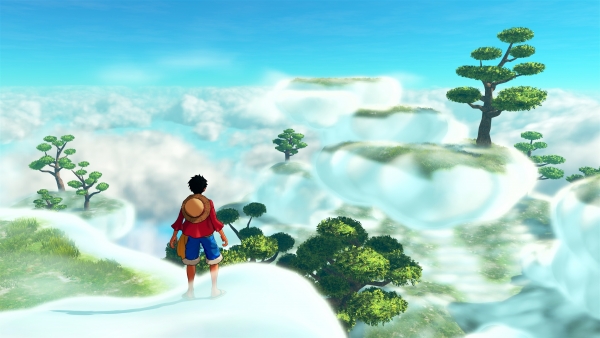 How to Start the Mystery of the Sky Islands Mission

Finding the islands is directly tied to a side mission in One Piece World Seeker. This mission should open up during the third act of the game, about 75 percent through, based on how many story missions you’ve completed.

In order to start it you’ll need to have raised your Karma with Trafalgar Law to a high enough point. We have a guide on how to get Karma, but basically, you’ll need to complete main missions or tasks for specific characters. For Law, that’s things like defeating Pacifistas or knocking out Smoker with a Takedown.

How to Find the Sky Islands

Law tasks you with tracking down a handful of CP-0 agents across Jail Island, but the quest will mark the locations of each one on your map. Head to each marker and take down all three groups of agents, and after you’re done Law will summon you to the cannon at the top of the Topaz Mine.

Now head to the cannon and Luffy will jump inside it, launching you up into the sky toward, you guessed it, the islands, one of two to be exact. Once you’ve landed and put Luffy’s feet on the island the “I Wanna Go to the Sky Islands” trophy/achievement will pop.

Now you have an entirely new area to run around and explore.