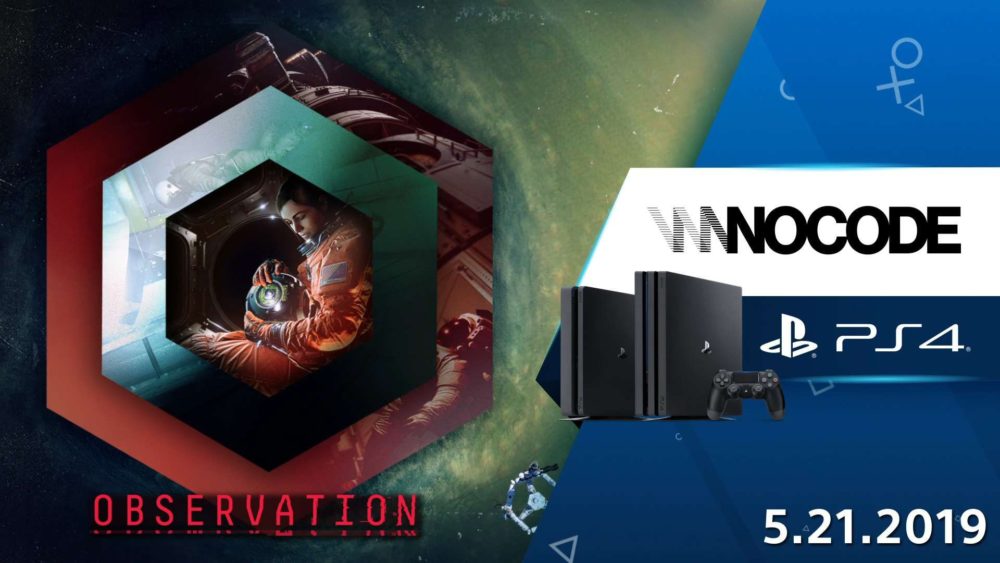 Today, during Sony Interactive Entertainment’s “State of Play” broadcast, the house of PlayStation and Devolver Digital presented a new trailer of Observation.

Observation is a space game that puts the player on a space station that has gone crazy, and it looks quite intriguing, especially considering that we don’t play a human, but the space station’s own AI.

The trailer itself focuses on the story, and if you’re unfamiliar with what it’s all about, you can read an official blurb below.

“Observation is a sci-fi thriller uncovering what happened to Dr. Emma Fisher, and the crew of her mission, through the lens of the station’s artificial intelligence S.A.M. Players assume the role of S.A.M. by operating the station’s control systems, cameras, and tools to assist Emma in discovering what is happening to the station, the vanished crew, and S.A.M. himself.”

Strangely, the game was originally announced back in October for both PS4 and PC, but any trace of a PC release has disappeared from the official website. We contacted Devolver Digital asking for clarity, and we’ll let you know if they shed some light on this mystery.

Update: Devolver Digital announced today that the game is still coming to PC, and will launch on the platform day and date with PS4, but it’ll come to the Epic Games Store instead of Steam.

You can watch the trailer below and see if you find it intriguing.

If you want to see all the news, trailers, and announcements that were shared during PlayStation’s “State of Play” livestream, you can find the whole recording here.