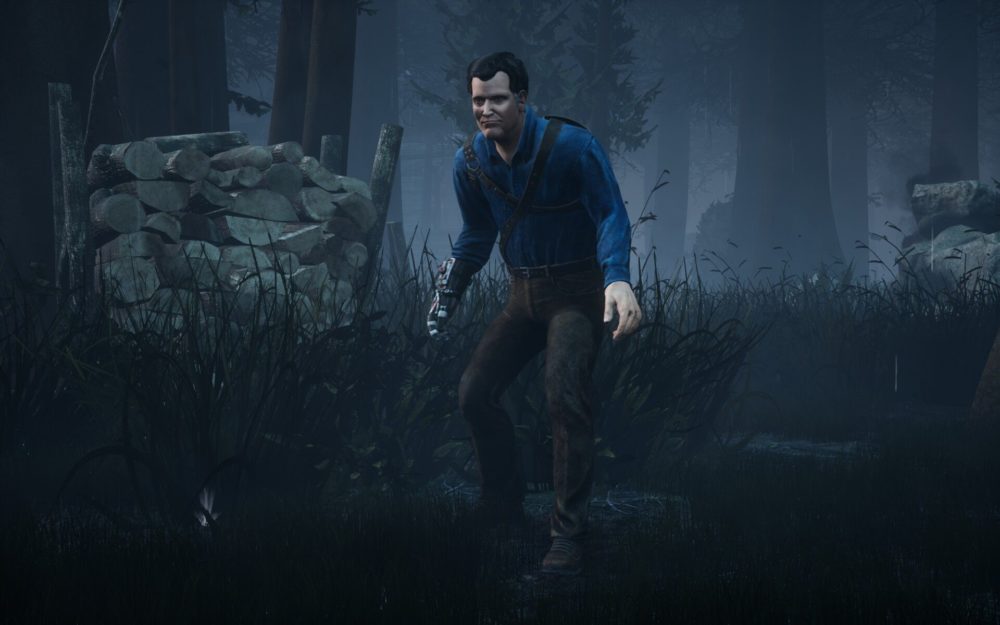 Dead by Daylight might feature several members of horror movie royalty, but one horror icon stands out from the rest. This memorable man is synonymous with both complete bad-assery and bumbling incompetence, and he’s coming soon to Dead by Daylight. That’s right, shake and bake, Ash Williams is back in business.

Behaviour Interactive kicked off PAX East by announcing Ash’s new semi-leading role as a playable survivor in Dead by Daylight. Not only does this digital incarnation of Ash recreate his appearance from the acclaimed STARZ series Ash vs Evil Dead, but it is voiced by the man, the myth, the legend himself: Bruce Campbell. Odds are good gamers will get an earful of Ash’s catchy and iconic one-liners as he tries to save the world from an apocalypse he probably caused by complete accident.

As with other survivors, Ash will include his own unique perks, but Behaviour has not officially revealed what he will bring to the table aside from his hammy charisma and prosthetic hand. However, judging by the announcement trailer, these perks won’t include Ash’s trusty boomstick or chainsaw.

If you are reading this article and plan to attend PAX East this weekend, you can try out Ash before any other Dead by Daylight player. Just head to booth 13109 and enjoy the madness.

Starting April 2nd, Ash Williams can be purchased for the PC, Xbox One, and PlayStation 4 versions of Dead by Daylight. However, Behaviour Interactive has not released any DLC pricing information.

In other news, Behaviour has partnered with Amazon to bring the GameOn Tournament Organizer Twitch Extension to Dead by Daylight. Streamers will soon be able to invite their audience to participate in special Twitch challenges and competitions.

For news on upcoming Dead by Daylight updates and playable characters, stick with Twinfinite.