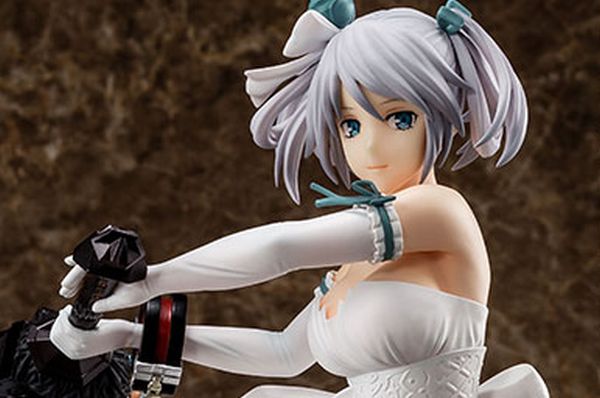 While Bandai Namco has moved on to God Eater 3, God Eater 2 and its expanded release Rage Burst still have many fans due to their availability on portable consoles. That’s why it shouldn’t be a surprise if their beloved characters still get immortalized in figure form

A lovely figure of heroine Ciel Alençon is now available for pre-order at several Japanese retailers (you can find it on AmiAmi) for 18,300 yen, which translates to just south of $165.

She comes in a lovely “Pure White Anniversary Dress” to remind us of a period in which the PS Vita was still in top form. The dress was inspired by an illustration created to celebrate the 7th anniversary of the God Eater series.

The figure by Sol International features 1/7 scale and measures 28 cm with her God Arc. She will be released in August 2019.

In the gallery below you can see what she looks like from all angles, and paired with another figure portraying Alisa from the original God Eater (also in her 7th anniversary dress), which will come to the market a month earlier in July 2019.

The price is the same, so you can take your pick, or just get both in case you have a lot of disposable income and an undying love for God Eater’s waifus.