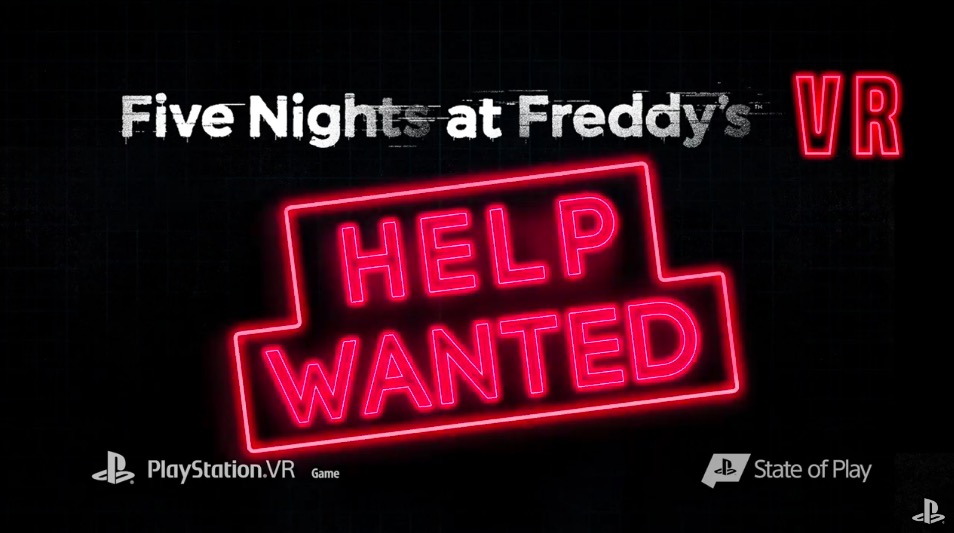 “Unlike the PC or tablet, players will use either DualShock 4 or PS Move motion controllers to interact with the door and light controls in the offices, pick up objects in the repair games, press buttons on the video switcher, solve puzzles, and activate your flashlight.

There are also new features. For the first time in a Freddy’s game you can earn collectibles that you can play with at the prize counter. Find plushies, bobbleheads, action figures and more!”

Five Nights at Freddy’s VR: Help Wanted will be launching for PlayStation VR sometime this Spring. You can watch the reveal trailer down below:

For all of the news, trailers, and announcements that were shared during PlayStation’s “State of Play” broadcast, you can find the whole recording here.