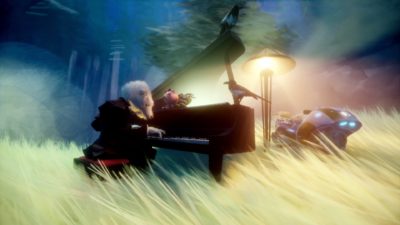 After years of anticipation, the creator aspect of Dreams will launch into Early Access on PS4 next month.

In a post on the PlayStation Blog, Media Molecule Studio Director Siobhan Reddy said, “We’ve been working on Dreams for a long time now and the core of Dreams — the creation bit — is ready,” and that it will release on April 16.

Early Access will include a lot of the final release’s planned content. By purchasing Dreams next month, “you’ll get our full tool set for creating, our interactive tutorials and arcade games, templates and additional content created by Media Molecule and access to what you, the CoMmunity, made during our Dreams Creator Beta.”

What’s not going to be included is Media Molecule’s story mode, which will launch at a later date as a final product. However, if you purchase early access for £24.99/€29.99/$29.99/CAD$39.99, you’ll be granted the full version once it releases, with your progress carrying over.

Media Molecule also noted that, while it is still planned for full release, VR compatibility will not be available in Dreams Early Access.

Also, if you plan to get into the early access phase, you will not be able to pre-order from the PlayStation Store and there is a limit on how many players can participate, although it’s “a big limit.”

Dreams Early Access will be available on PlayStation 4 on April 16.