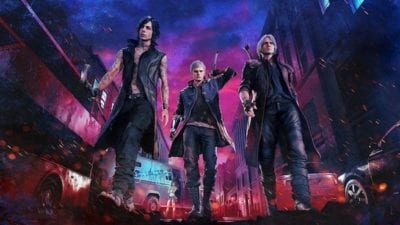 How to Sprint & Run Faster in Devil May Cry 5

The new entry in the Devil May Cry 5 series has arrived and it is all about fast paced action, just as you would expect. However, you’ll want to move around the world quickly, too. Here’s everything you need to know about how to sprint and run faster in Devil May Cry 5.

While Nero and Dante are returning as playable characters, a newcomer named V has been added to the series as someone else to take on all the demons.

How to Unlock it in Devil May Cry 5

While Nero, V, and Dante are pretty spritely from the start of the game, you can unlock an ability to sprint for all of them.

In order to sprint and run faster, you first need to unlock the first slot in Abilities for each character, which cost 4000 red orbs for each one.

For Nero, the ability to sprint and run faster is called Speed, for V it is called Quickplay, and finally for Dante it is also called Speed. As you’d expect since they’re called the same thing, sprinting is basically the same for both Dante and Nero.

After holding the left thumbstick forward for a couple of seconds, they’ll start to dash forward, helping you get through the world a little quicker.

For V, while you do the same thing to sprint, once you’ve unlocked it and held the left stick forward, he’ll ride on top of shadows instead or simply dashing forwards. While it looks different, he’s not noticeably faster than the other two characters.

That’s everything you need to know about how to sprint and run faster in Devil May Cry 5. For more tips and tricks on the game, be sure to check out our Devil May Cry 5 guide wiki or search for Twinfinite.