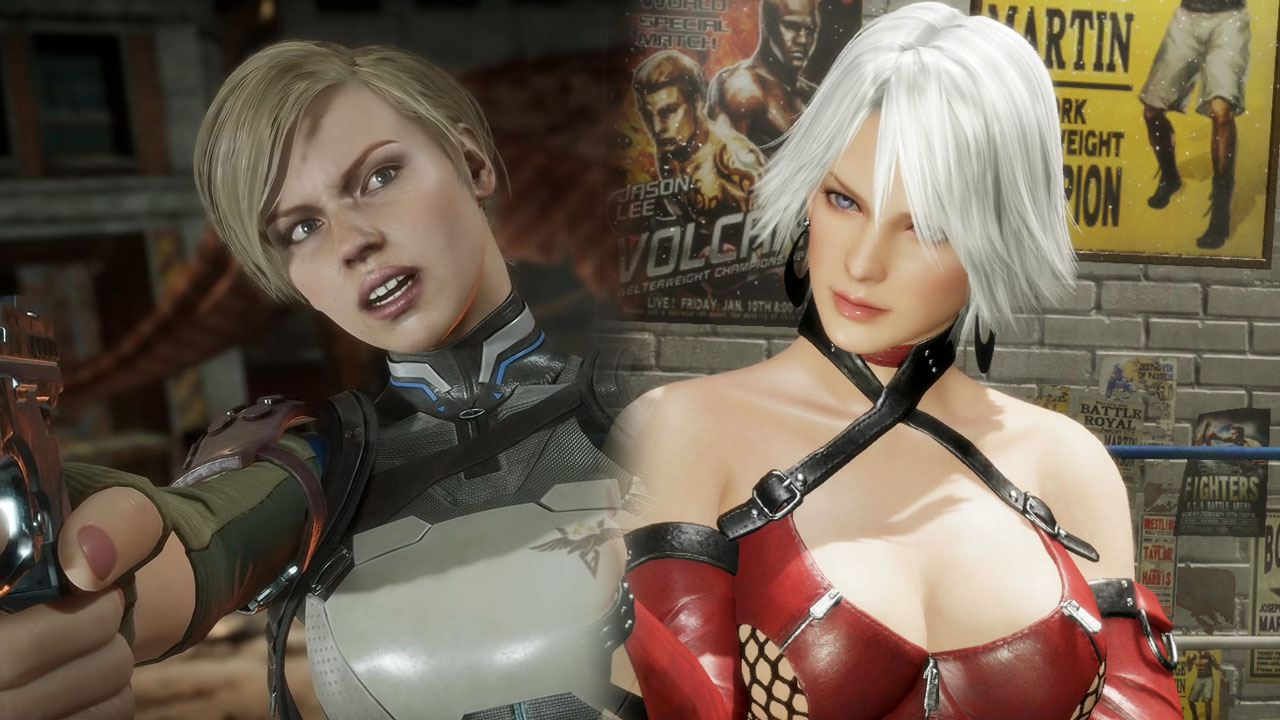 The fighting game community just saw the release of Team Ninja’s Dead or Alive 6 and is now waiting for NetherRealm Studios’ Mortal Kombat 11. On the surface, they have very little in common beyond their genre, but they do share a relevant trait.

Dead or Alive 6’s sensual imagery and Mortal Kombat 11’s ultraviolence and gore are both elements that can be considered highly offensive by some depending on culture, nationality, or personal taste.

Team Ninja’s game includes ample amounts of body physics and costumes that show abundant virtual skin, while the good folks at NetherRealm let you rip a character’s head and torso in two by propelling their skull and spine upwards with a kick in the family jewels.

Both elements easily fall into the realm of what can be defined as “fanservice” even if they appeal to different “fans” with different tastes. Of course, there are plenty of fans who also enjoy both.

Yet, the reception they’re receiving from the press and beyond is entirely different.

While Team Ninja tried to appease western media and esports organizers by shifting most of its communication (but not the game itself) away from the fanservice and towards a more generic “entertainment,” this approach started to show its cracks at EVO Japan.

A slip into slightly more playful promotion obviously directed towards a much more tolerant local fanbase caused organizer Joey Cuellar to storm Twitter denouncing the display as not reflecting “the core values of EVO or the fighting game community.”

While Cuellar has since removed the Tweet after being faced by a considerable backlash from the fans, this turned the expression “core values” into a hot meme which keeps being bounced across the community to this day.

Reviews of the game are also quite polarized, with a camp praising the title’s solid fighting mechanics and the other decrying its “embarrassing” body physics and sensual costumes. In the meanwhile, the game has been excluded from EVO 2019’s lineup to the surprise of pretty much no one.

On the other hand, we’re seeing a striking lack of outrage at Mortal Kombat 11’s bloody ultra-violence. As a matter of fact, the press appears to be mostly applauding, and the game made it into EVO 2019’s official lineup with no apparent issue. As a consequence, many sarcastically bring up the “core values” meme pretty much every time new and gruesome imagery from NetherRealm’s title appears.

This is not to say that Dead or Alive’s sensuality is good and Mortal Kombat 11’s gore is bad (or the other way around). Both are entirely acceptable expressions of the concept of fanservice which “serve” different niches and contribute to having more diversity within the fighting game genre, and that’s awesome.

Yet it appears that for many, at least on this side of the Pacific Ocean, tearing pixel people literally into bloody chunks is perfectly OK and even welcome while showing some skin and adding “bouncing physics” on pixel people is “embarrassing” and should be condemned.

The issue we’re seeing isn’t in the content itself but in the obvious double standards with which it’s judged.

This is pretty much a clash of “core values,” to borrow Cuellar’s words. While violence has been the target of outrage in the past in the western world, it has mostly shifted into that “accepted” part of potentially offensive materials, and you rarely see people beyond extremist fringes in the entertainment community shake their angry fist at it.

As a matter of fact, it has become an increasingly integral part of entertainment, and as such the media tends to appreciate it, or at least stay mostly out of its way.

On the other hand, sensuality has always been an integral part of entertainment in Japan, which tends to be very accepting of abundant displays of partial nudity across pretty much all of its media.

This is partly due to escapism from an extremely regimented society where “embarrassing” things are unacceptable in real life and confined to media and entertainment that can be privately consumed.

Both sides have their reasons and their elements of hypocrisy, and they’re interestingly opposite even in the way they censor.

Western societies tend to drop the axe on sensuality, while Japan has extremely strict laws on gore that often forces western (and at times local) developers to remove entire scenes from their games.

Of course, this isn’t completely black and white: There are plenty in the west who enjoy sensuality, and many of creators who embrace it, while violence is (up to legally-acceptable extremes) well-represented in Japanese media as well.

The difference lays mostly in the way they’re perceived by the media and in how this perception spills into public opinion.

There are even cases in which this difference in perception, paired with the hammering hunt for outrage can lead developers to abandon any sort of diplomacy, finally pushing back or simply stop caring. This happened recently with Tekken 7’s producer Katsuhiro Harada.

I expect this to happen increasingly frequently as more and more developers will finally get sick of the controversy-seeking and unrelenting media pressure, and will get back to simply doing their thing and catering to their fans, whichever kind of fanservice they enjoy

Ultimately, Dead or Alive 6 and Mortal Kombat 11 are perfect (albeit possibly a bit extreme) representatives of the cultures that generated them. Their leaning towards entirely different aspects of fanservice contributes to providing the fighting game genre with a better degree of diversity that can entice a wider player base.

I know many who approached fighting games to begin with because they were attracted by DOA’s unashamed sexiness or by Mortal Kombat’s unapologetic violence, just as others have begun enjoying the genre thanks to Dragon Ball FighterZ’s anime nature or Fatal Fury’s solid storytelling.

Fighting Games are often a difficult genre to get into, and having additional attractive elements to mitigate that initial impact and intimidation is certainly positive.

It’s rare for two games with such different “core values” like Dead or Alive 6 and Mortal Kombat 11 to be released so close to each other.

There is no doubt that many members of the press and community are and will keep focusing on the different kinds of fanservice, possibly neglecting or even ignoring the fact that the real core value (without quotation marks this time) of both titles lays in being really entertaining fighting games.

We should probably focus more on that core value, and leave the double standards in the past where they belong.