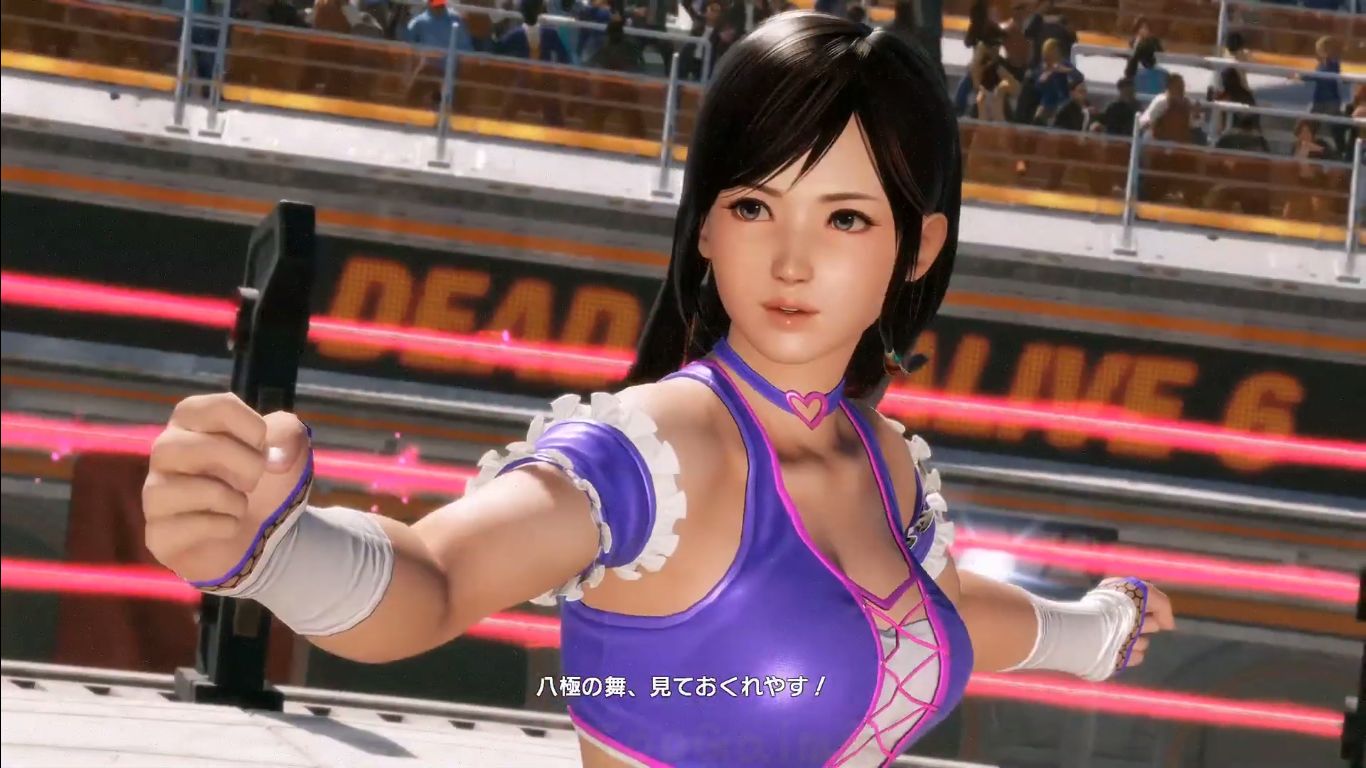 Today, during the broadcasting of EVO Japan 2019, Koei Tecmo and Team Ninja showcased some new gameplay of Dead or Alive 6.

The gameplay included a couple of interesting elements.

First of all, we get to see some of the bonus pro-wrestling costumes that will be included in the Digital Deluxe Edition of the game, on top of a glimpse at the one for Nyotengu which will be distributed as a bonus for the first Season Pass (in the character selection screen before her match).

On top of that, we also see the camera controls that can be used when pausing the game in Free Practice mode, in order to take a better look at the action and grab some spiffy screenshots.

You can watch it below, recorded by YouTube user TopGaime.

Both are pretty popular among Japanese gamers as they are known to be gamers themselves, and they often work with local publishers to promote their video games. For instance, they were at the front and center of the promotion of Sega’s Valkyria Revolution.

Kuramochi-san and Yoshida-san began to be playful on stage, imitating the body physics of the game (you can see the clip here, but keep in mind that it’s probably unsafe for work).

The stream was then suddenly taken offline by EVO’s admins, with a comment from organizer Joey Cuellar, denouncing the display as not reflecting “the core values of EVO or the fighting game community.”

Following backlash from other Twitter users, the message has been deleted by Cuellar himself, but you can see it below.

Dead or Alive 6 has recently been slightly delayed and is coming to PS4, Xbox One, and PC on March 1