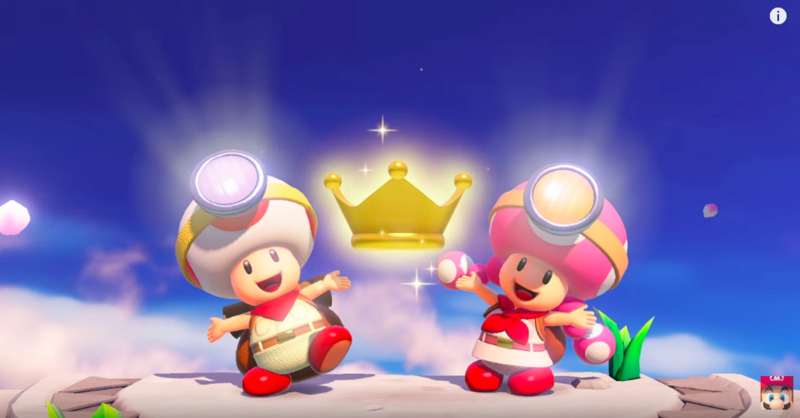 Nintendo has released a new trailer to commemorate the launch of the new special episode DLC for Captain Toad: Treasure Tracker that is available now for purchase.

The new DLC for Treasure Tracker introduces players to 18 new challenges as well as 5 brand-new courses to explore. The content is available on the Switch eShop for $5.99, but if you want to purchase the full game alongside the DLC, you can pick up a bundle on the eShop for $45.98.

Captain Toad: Treasure Tracker, the game where you can’t jump, was first introduced as mini-games in Super Mario 3D World for the Nintendo Wii U. These bonus challenges starred Toad, who must find treasure on mini diorama-like stages by rotating the camera around to look for switches, enemies, and hidden objects.

Nintendo then made an entire game based on those challenges, and released Captain Toad on the Wii U back in 2014, and have recently released an upgraded port for the Nintendo Switch that includes a cooperative mode with Toadette, and new courses based on Super Mario Odyssey.

Captain Toad: Treasure Tracker and the Special Episode DLC is now available for the Nintendo Switch. You can watch the launch trailer down below to see Toad and Toadette kicking some Shy Guy butt: