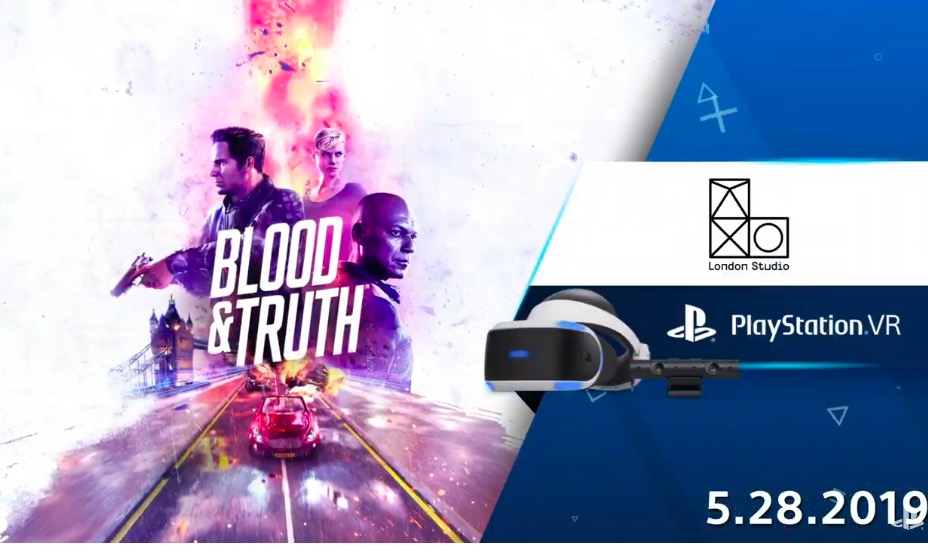 Today, during Sony’s “State of Play” live broadcast, the company announced that Blood & Truth will release exclusively for PlayStation VR on May 28.

First announced during Paris Games Week last year, Blood & Truth is a gritty, story-driven action game that allows you to craft your own path by making dialogue choices.

“Put on your PlayStation VR headset and ready yourself for hard-hitting action in the gritty and glamorous London underworld. You are elite Special Forces soldier, Ryan Marks, on a desperate mission to save his family from a ruthless criminal overlord.

Grab your PS Move motion controllers and blast anyone in your way as you go face to face with enemies, uncover secrets and experience the thrill of the chase in a high-octane action narrative inspired by PlayStation VR Worlds’ ‘The London Heist’ experience.”

Blood & Truth will be releasing for PlayStation VR on May 28.

For all of the news, trailers, and announcements that were shared during PlayStation’s “State of Play” broadcast, you can find the whole recording here.