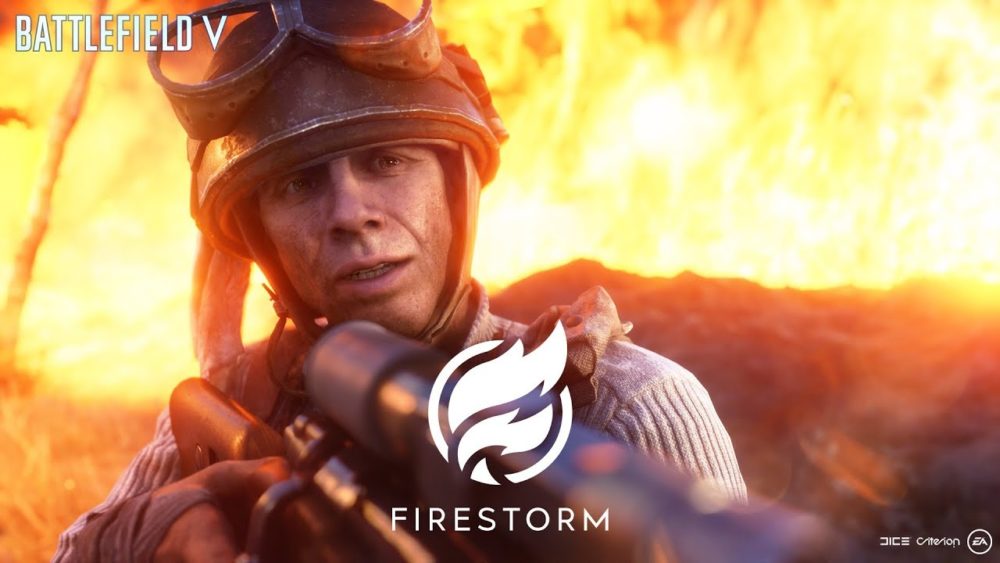 Battlefield V Players will finally be able to enjoy a battle royale mode in a few days with the addition of the “Firestorm” mode. To shed some light on what it entails, Electronic Arts and DICE released a full-fledged trailer.

The trailer provides an extensive look at what the mode is all about, with the circle of fire closing on the players to squeeze them into a smaller and smaller environment within the massive map available at the beginning of a round.

Of course, this is a Battlefield game, so it has its own peculiarities compared to other Battlefield games. This includes plenty of vehicles including tanks, cars, an experimental helicopter, and even a tractor.

Full environmental destruction is also on the menu, alongside a pretty unique feature, which is the ability to keep shooting with a sidearm when you’re downed.

Firestorm releases for all Battlefield V players on March 25, so there’s just a few days left to wait before getting into the action.

You can check out the trailer below, alongside an additional video released by the British arm of Electronic Arts. If you want to read more, you can enjoy our hands-on preview and a list of what makes the mode different from other Battle Royale games.