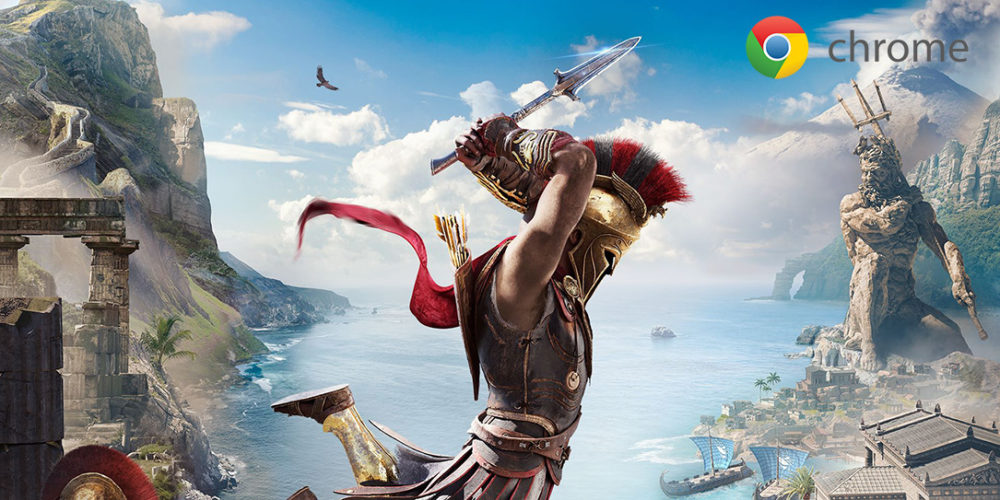 Earlier today at Google’s GDC keynote event, Ubisoft confirmed their partnership with Google, revealing that they would be the first company to bring one of their games to Google’s new gaming service, Stadia. That game is none other than Assassin’s Creed Odyssey.

It doesn’t come as too much of a surprise that Assassin’s Creed Odyssey is the first title to hit the platform, as it was a part of the Project Stream tech demo Google ran last year. Not much info was provided on the limitations of things back then though, so the company elaborated more on this new way to play games at the start of the event.

Google CEO Sundar Pichai opened up this discussion, talking about how important games have been to push the company past its limits. Titles like Assassin’s Creed Odyssey required them to improve computing and networking power, high fidelity graphics, and the infrastructure that supports it all.

As a result, Google is now able to create a platform that allows users to stream games almost instantaneously from any Chrome browser. Gamers will be able to use Stadia across any screen, from laptops to televisions to even phones.

Google Vice President Phil Harrison stressed the freedom of this, stating “with Stadia, the data center is your platform.” He went on to say that with no console, there are no limitations placed on developers in terms of creativity or for gamers regarding where they can access their games.

While we don’t know when exactly we can expect the platform to launch, or any of the other titles that will be available, Assassin’s Creed Odyssey will be available for Stadia upon its release.

Be sure to check back to the site for more information as the story develops. And don’t forget to look over the other announcements that came from this keynote event.