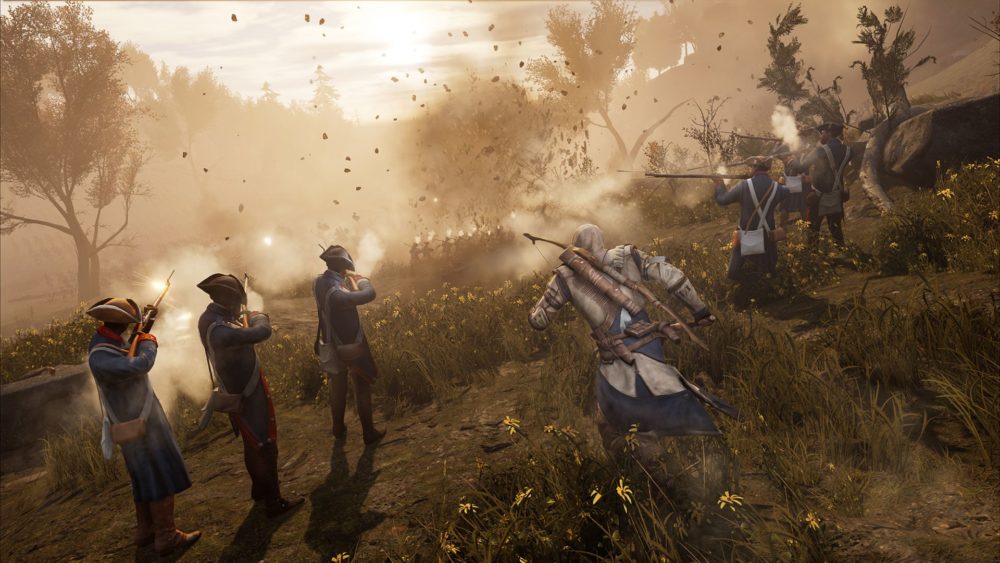 Ubisoft detailed some of the new improvements and Nintendo Switch-exclusive features added to Assassin’s Creed III Remastered as part of the monthly March update for Assassin’s Creed Odyssey.

While the remastered version of Assassin’s Creed III will include visual improvements with high-resolution textures, 4K, and HDR, Ubisoft has also tweaked several gameplay mechanics to update the seven-year-old game.

Reworked features include an updated UI with color-blind settings and a revamped in-game economy with new weapons to craft. Additional stealth abilities have also been added, such as hiding in bushes, calling enemies over with a whistle, and double assassinations.

The Nintendo Switch version will have platform-exclusive features such as HD Rumble, using the touch screen interface for menus, motion control weapon aiming, and a different HUD for Docked and Handheld modes.

Besides the remaster coming later this month, the March update for Assassin’s Creed Odyssey will add new quests and the Abstergo Pack for the in-game store. The third and final episode of the DLC questline Legacy of the First Blade, called Bloodline, is now available, while The Lost Tales of Greece quest A Friend Worth Dying For will be available for all players on March 26.