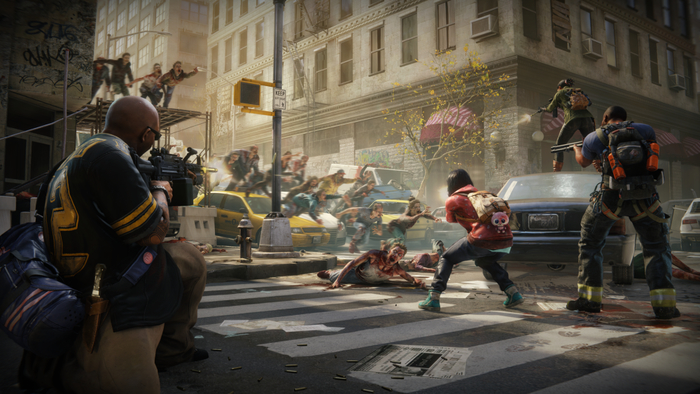 Originally announced at The Game Awards 2017, World War Z tells a multitude of different stories and tales that were not featured in the 2013 film that starred Brad Pitt.

Here’s a quick synopsis from the official site if you’re unfamiliar with the title:

Focused on fast-paced gameplay — and based on the incredibly popular Paramount Pictures property of the same name — World War Z explores new storylines and characters from around the world in tense, overwhelming, gruesomely exciting missions crafted specifically for modern consoles and PC.

The swarm feels neither fear nor mercy. It rolls forward to spread and consume. Together, make your stand and unload an arsenal of deadly weaponry into these hundreds of swarming zombies.

Feel the satisfying rush of life as you cheat death and prevail against such overwhelming odds. Cut the undead down with rocket launchers, machine guns, sentries, turrets, grenade launchers, barbed wire, and more.”

World War Z will be launching on April 16 on PS4, Xbox One, and PC (via the Epic Games Store). If you pre-order the game now, you can land yourself the “infamous Lobo melee weapon with a trio of golden weapon skins to take down the zombie hordes in style.”

You can watch the “Zombies Are Coming” trailer down below. Let us know if you are one of the fans excited for this game to come out and if you plan on picking it up on release!