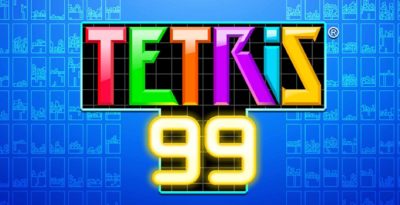 While Tetris Effect released just late last year, offering us the classic game like we’ve never seen before, a new Tetris title was announced during Nintendo’s Direct event on Feb. 13. Here’s everything you need to know about how to download and play Tetris 99 on Nintendo Switch.

The game is Tetris’ answer to the battle royale genre. It’s not quite Fortnite or Apex Legends, nor does it feature a rapidly decreasing zone, but it’s all about 99 players battling it out in the classic game to be the last person standing.

While much of Tetris 99 is the classic gameplay you’ll know very well, you can also attack players in each match, adding lines of tetriminos to an opponent’s screen to make winning harder for them. They can clear them like any other block, but it’s still something that should be used tactically.

As for how you download and play Tetris 99, it is a free download on Nintendo Switch as of now, with it being released once the Nintendo Direct ended yesterday.

However, you need to be a Nintendo Online subscriber to download it. It only costs 20$ a year to subscribe and you get access to online play as well as a collection of older Nintendo titles.

Once you’re subscribed, you can download Tetris 99 for free from the eShop. Simply head to the store on your Switch and it should be pretty easy to find.

First of all, if you’re reading this soon after release, it should be near the top of the New Releases tab. Alternatively, you can use the search function to find it and download it from there.

Once it’s downloaded, it’s pretty easy to start the game. Select the Tetris 99 option at the top of the menu, the game will look for 98 other opponents, and the match will begin. You can see on either side of the play area who is still left in the game.

That’s everything you need to know about how to download and play Tetris 99 on Nintendo Switch. For more tips and tricks, be sure to search for Twinfinite.