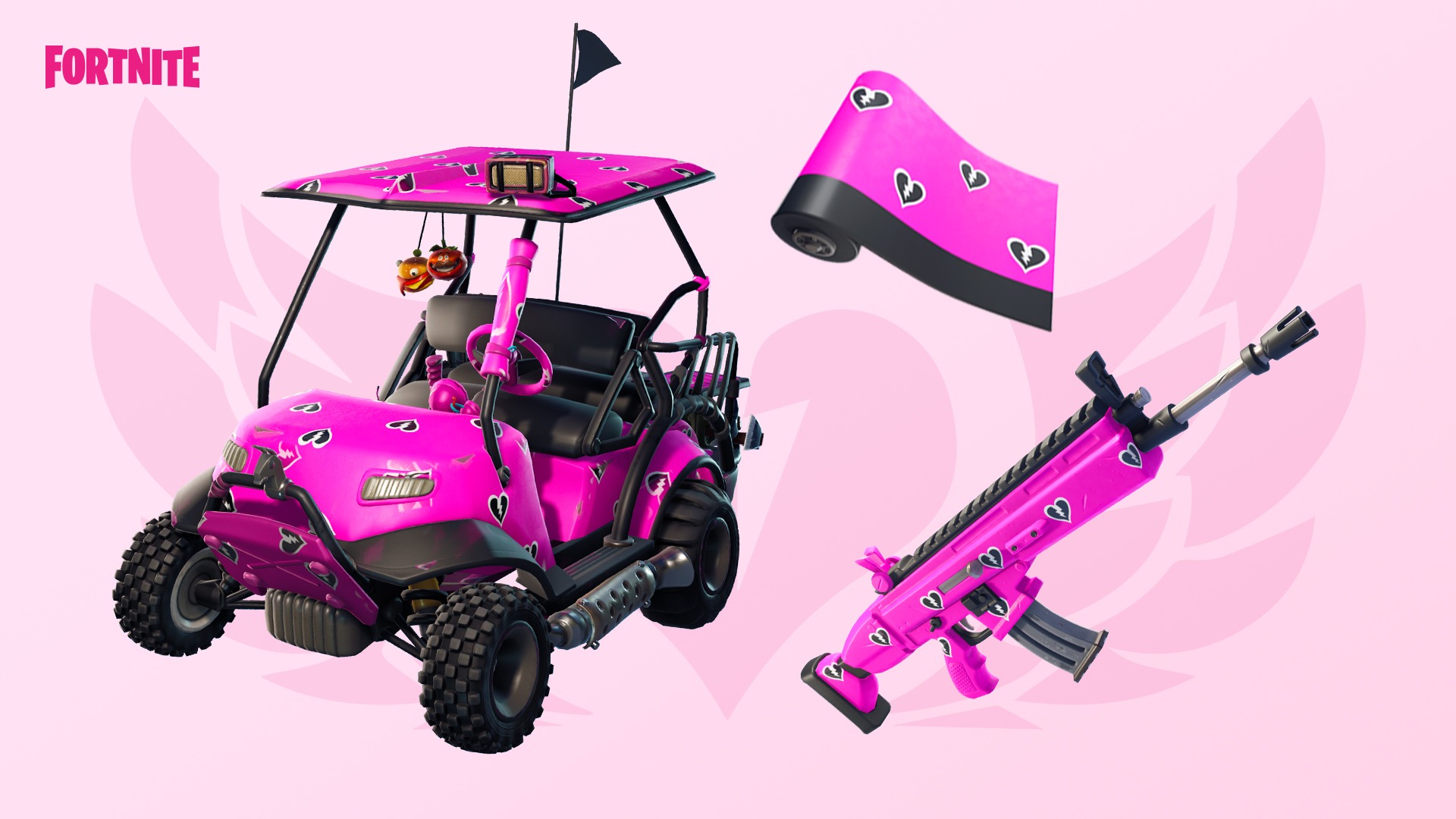 Epic Games has just announced that Fortnite’s Share The Love event begins tomorrow. The Valentine’s Day celebration will run from February 8 until February 27 and brings with it some new rewards and challenges.

Players can unlock the Support-a-Creator Reward by supporting a Creator or entering a Creator Code between February 8 and 22. Players who meet these requirements will unlock the Cuddle Hearts item wrap when the v7.40 update is released.

The v7.40 update will also bring with it more Overtime Challenges. Anyone who completes these before the end of the season will receive the Valentine Wrap, Vines Contrail, and three more yet to be announced rewards.

Along with this, Epic has said they will be running two double XP weekends during the event. Anyone playing during either February 15-17 or February 22-24 will earn bonus XP.

Fortnite Creative is also getting a daily Featured Island Frenzy during the celebration. From February 12 to 22 there will be a rotating set of community made featured islands for players to enjoy.

Finally, Share The Love will include a Competitive Series. Placement matches will be available on February 9 and 10, and the best performing players will be put directly into the higher divisions.

You can read Epic’s full rundown on the event here. For more on Fortnite Season 7, be sure to check out our Season 7 Guide Wiki. Fortnite is available now on PlayStation 4, Xbox One, PC, Mac, iOS, and Nintendo Switch.