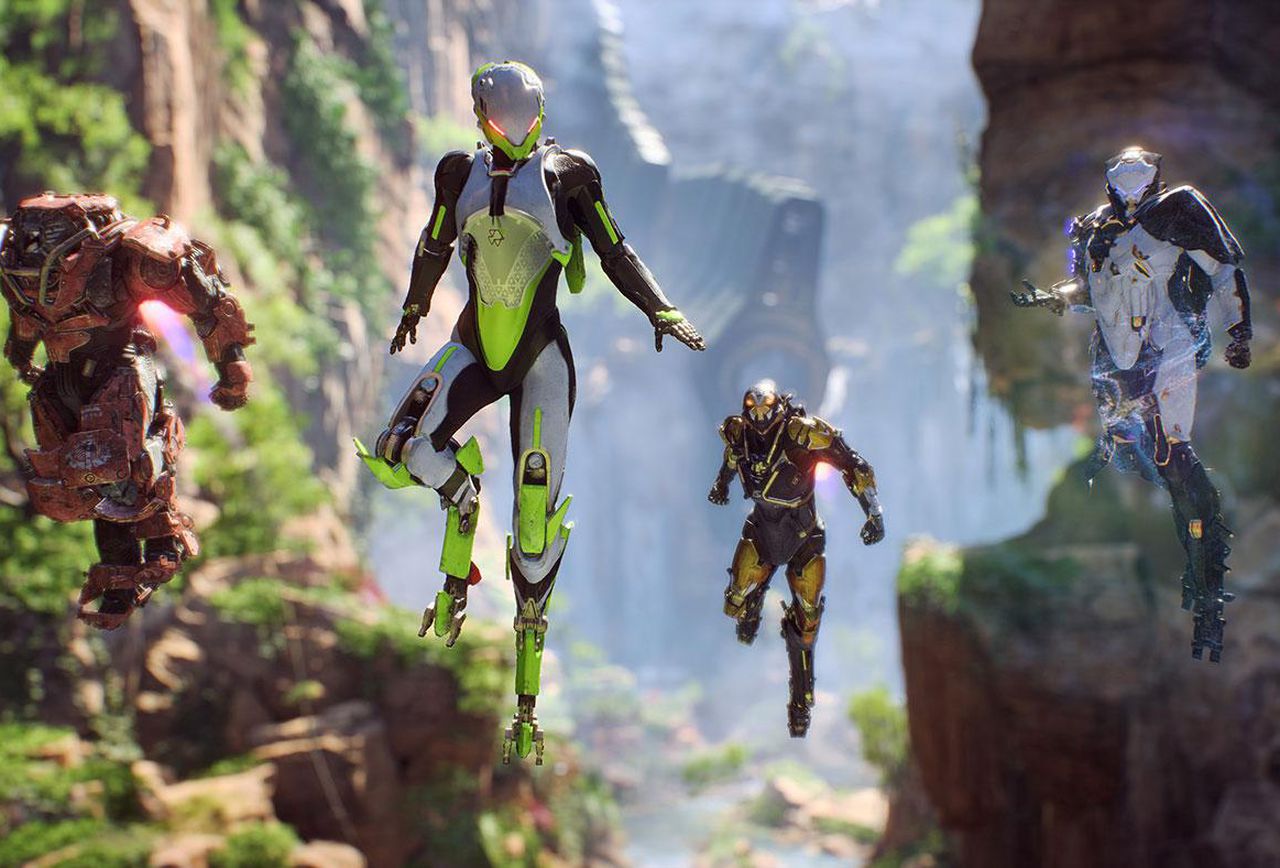 How to Play Co-Op Multiplayer With Your Friends

Anthem is out now for some and coming very soon for others. Here’s how to play co-op multiplayer and play with your friends in Anthem.

While it is possible to play Anthem alone, the game allows for up to four players to traverse the world together while defeating scars, escari, titans and more along the way. There is built in matchmaking if you don’t have any friends to play with, but if you’ve already got a crew of freelancers ready to go, it’s time for some co-op multiplayer.

Before jumping into multiplayer with some friends, it’s important that you understand exactly how this will work. Just like in matchmaking, it behooves the four-person squad to stick together.

Whoever is leading the pack can unknowingly transport other players in the squad forward if they lag behind too much. While this is certainly helpful in some situations, sometimes when you’ve fallen behind to pick up some loot, this transportation trick isn’t always in your favor, leaving that piece of loot behind while you load up with the rest of the crew.

Be wary of that.

Before hopping into co-op multiplayer where you can play with your friends, it’s important that your friends are actually your friends (or at least in your system of choice’s friend list). If they’re not, be sure to add them that list.

Once they’re in your list and have the game loaded up, press either Escape (PC), the Menu button (Xbox One) or the Options button (PS4). Then, head to the Social tab.

Once in the social tab, go down to “Friends” and you should see a list of your friends on Origin, Xbox Live or PSN, depending on your system of choice. Now, click, press A or Press X and select the friend you want to invite to play co-op multiplayer. Click/Press A/Press X again and you’ll be given the option to “Add to Favorites,” “Ignore,” or “Invite to Squad.”

You want to select the later option and then have your friend accept it. After they accept it, they should begin loading into your game automatically.

If you have friends you expect to be playing with often, use the “Add to Favorites” option to add a specific friend to a quick and easy list of people that you can invite to your game.

That’s all for how to play co-op multiplayer and play with friends in Anthem. in For more information about Anthem, be sure to check out our wiki guide. There, you’ll find tips, tricks, walkthroughs and more to help you become the best Freelancer in Fort Tarsis.

Battletoads: Is There Online Multiplayer? Answered
Predator Hunting Grounds: How to Play With Friends
Best Mobile Games to Play Multiplayer With Friends in 2020

Brigandine: The Legend of Runersia for PS4 Gets First Trailer & Screenshots; Confirmed for the West
To Top