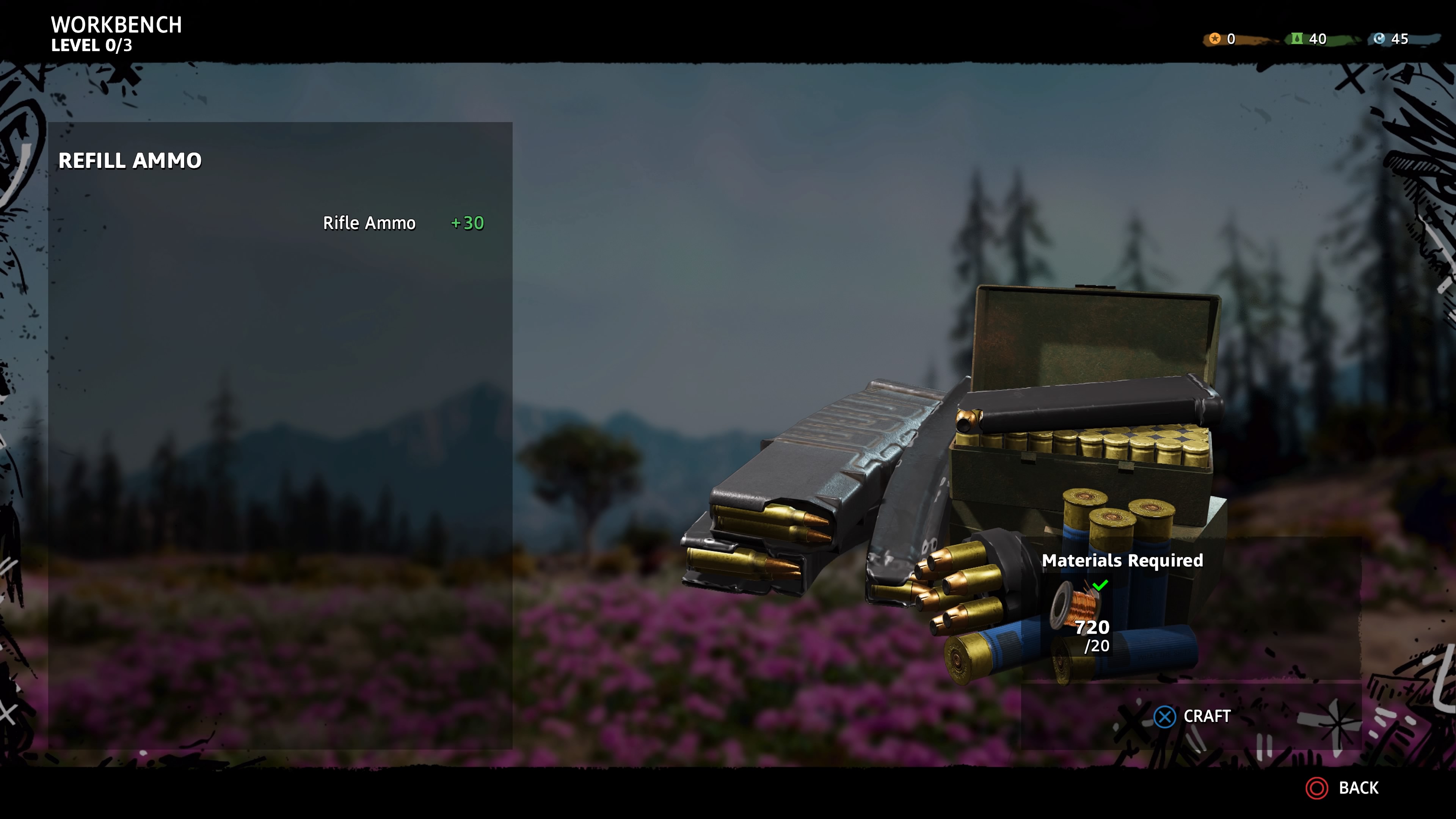 How to Get More Ammo in Far Cry New Dawn

You’re going to be using a lot of ammo in your efforts against the Highwaymen. While you’ll have plenty of weapons and vehicles to help you do just that, ammo doesn’t just grow on trees. You’ll need to find it, or at least part ways with your crafting materials to replenish your stock. Here’s how to get more ammo in Far Cry New Dawn.

There are a few different ways you can get ammo in Far Cry New Dawn, we’ve listed these in brief bullet points below. However, if you want some more details on any of the listed methods, keep on scrolling and we’ll break them down.

Getting Ammo off Enemy Corpses

Trust us when we say that it really won’t take long for you to come across some hostiles in Far Cry New Dawn. This acts as a bit of a blessing when it comes to ammo, though, as pretty much every enemy in the game can be looted for some sort of ammunition, among other useful items and crafting materials.

To do so, once you’ve killed an enemy, head over to their body and press Square on PS4 or X on Xbox One when the on-screen prompt appears. This will ‘loot’ their body, adding any ammo and other belongings they had on them to your inventory. It’s the best way to get ammo in a pinch out in Far Cry New Dawn’s wilderness.

The best way to fully replenish your ammo supplies in Far Cry New Dawn, however, is to head to any weapons workbench. The one at Prosperity was our default due to the fact you can fast travel here from the very beginning of the game.

Once you’re here, press Square / X to access the various Workbench menus. Next, select the ‘Refill All Ammunition’ option and you’ll be brought to a screen detailing all of the different ammo types and how much of each you’re going to refill.

Just by the ammunition box image on the right side of the screen, you’ll also see the ‘Materials Required.’ For the most part, it’s going to be Copper you use to get more ammo in Far Cry New Dawn at a workbench.

Ammo in Chests and Crates

Finally, ammo can be found fairly often in random crates and containers scattered around Hope County. Simply keep an eye out for little yellow boxes or larger crates, and chances are you’ll find some ammunition inside. Even if you don’t, there’s often some crafting materials inside that are always useful for your fight against the Highwaymen, too.

There you have all the ways you can get more ammo in Far Cry New Dawn. Combining all of these methods will mean you’ll very rarely be left wanting ammo again. For more tips, tricks, and guides in your fight to stop the Highwaymen, be sure to check out our Far Cry New Dawn guide wiki.