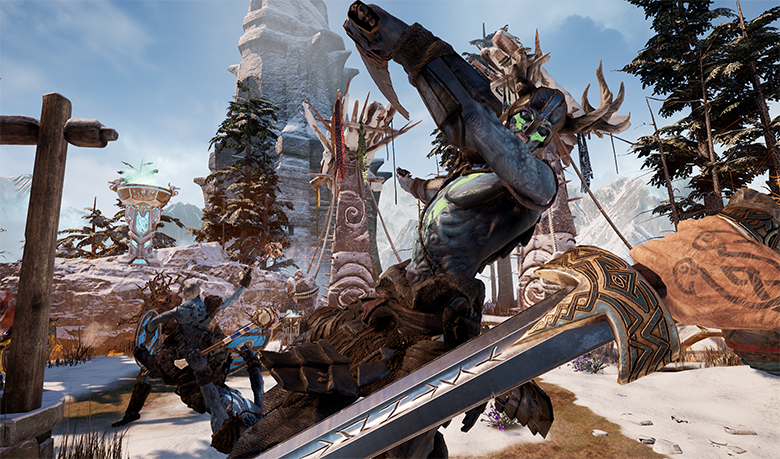 Oculus Studios and developer, Sanzaru Games, have announced a brand new exclusive title for Oculus called Asgard’s Wrath. The company has uploaded an announcement trailer as well, that shows some gameplay and tons of Norse mythos.

According to a blog post from Oculus themselves, Asgard’s Wrath has been in development for some time over at Sanzaru Games, with the game shifting from different genres and going through multiple experimental phases. Years of hard work and technical achievements from Sanzaru is what led to this announcement trailer right here:

The gimmick of Asgard’s Wratch involves the player switching between God and Mortal forms, allowing you to either control things from high above the sky or going on the ground to combat enemies and overcome obstacles. By using both of these forms, you will solve puzzles and even recruit animal wildlife to join your team as animal warrior companions for your mortal hero.

Here’s some more info on the Norse-inspired action-adventure game:

“It’s the twilight of the gods, with Asgard’s inhabitants consumed by bickering and selfish exploits. You, Fledgling God, are birthed in an explosion of light—a clash of primordial forces of nature. Your story begins in medias res with a dramatic, action-packed encounter with Loki.

He takes great interest in your potential and offers to give you with befitting a true god. Before that can happen, Loki has several requests to test your worthiness. Each revolves around a standalone scenario, or Saga, wherein you must use your powers to help preordained Heroes of the Realms fulfill their destinies.”

Oculus even teases that Asgard’s Wrath will be implementing some sort of asynchronous multiplayer aspect into the game, but more information will be revealed as time goes along.

As of right now, Asgard’s Wrath has no planned release date, but it will be an exclusive title for Oculus, for now.