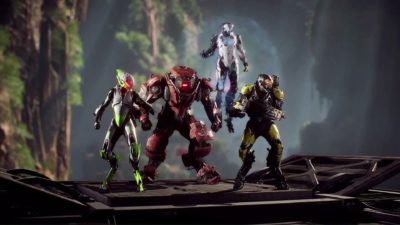 Anthem’s shared world is undeniably beautiful. The varied locales that you travel to in your Javelin often amaze, but you might be wondering if you can get them to look even better on your Xbox One X console. Well, here’s everything you need to know about whether Anthem is Xbox One X enhanced.

Thankfully, yes, Anthem is enhanced on Xbox One X, with the game running at a native 4K resolution on Microsoft’s powerful console.

However, the frame rate is locked to 30fps in 4K on Microsoft’s console, so whether you prefer the experience there may depend on whether you give more weight to resolution or frame rate.

That’s a little different to how it runs on Sony’s equivalent console. Anthem does not run at a native 4K resolution on the PlayStation 4 Pro, instead running at 1800p.

Anthem will no doubt look very pretty, no matter which platform you play on, but the 4K enhancements that come with the Xbox One X will be great, even if the frame rate does hover below 30 for the most part.

That’s everything you need to know about whether Anthem is Xbox One X enhanced. For more tips and tricks on the game, be sure to check out our extensive and frequently updating Anthem wiki guide.

We have guides that will help you prepare for the game’s full release on consoles (Feb. 22) guides on playing with your friends, and tips on how to survive and complete missions as you head out into the game’s shared world.