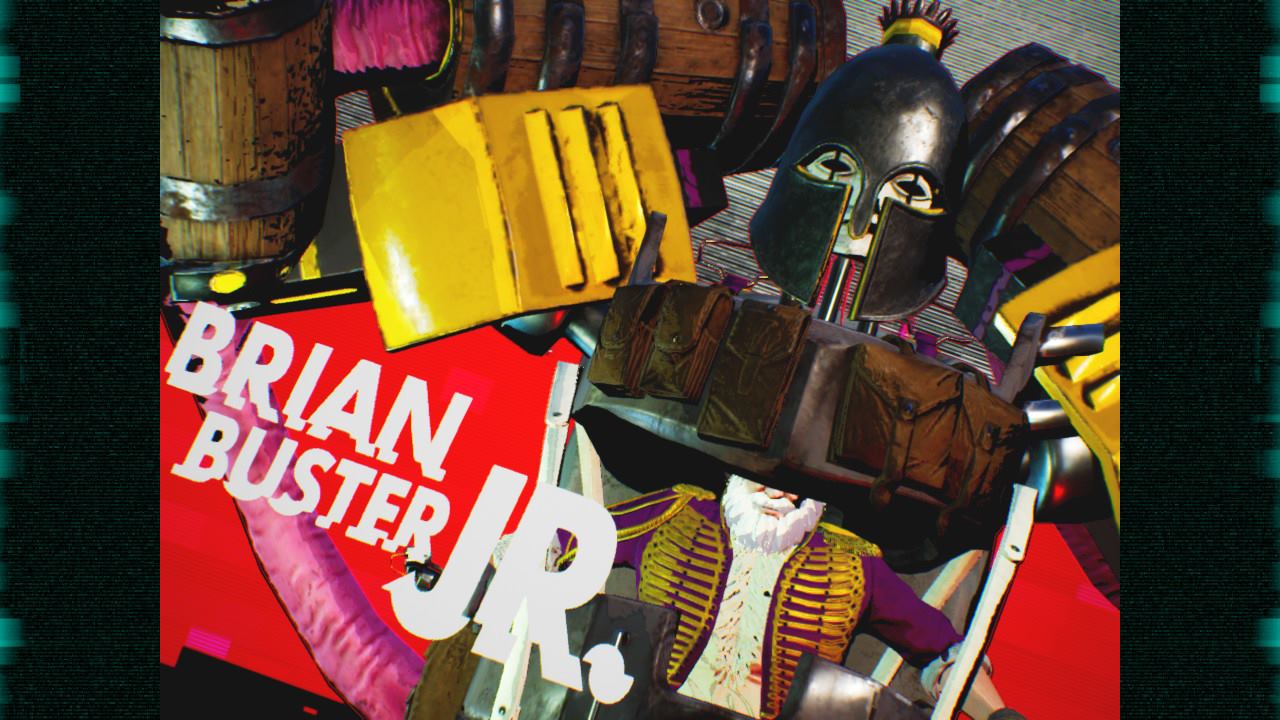 How to Beat Brian Buster Jr in Travis Strikes Again

Brian Buster Jr is a fairly easy boss battle to begin with in Travis Strikes Again. For the most part, you want to focus on simply getting up close, using as many offensive skill moves as you can in quick succession, and then dodging away to avoid Brian’s explosive attacks.

Once you’ve wiped out a good chunk of his health, the large head in the background above the building will begin charging up. This is a warning that an insanely powerful attack is on the way, so you want to finish this fight as soon as possible when you notice this happening.

Leave it too long and the head will unleash a devastating laser attack that decimates the entire battle area, dealing huge damage.

As such, we recommend having the ∀ Skill Chip equipped for this fight. This generates an area within which players will recover health, meaning if you’re unlucky to get struck with the laser attack, you can recover quickly.

Once Brian Buster Jr’s health bar is depleted once, you’ll then have to fight him out of his giant mech suit. This doesn’t take too long, especially with the help of your offensive skill moves like the Shining Chip and Wing Chip. Be sure to use your charge attack whenever you can, too, as this deals huge damage.

When you’ve depleted normal Brian Buster Jr’s health bar, it’s simply a case of getting up close and initiating the finishing move as you have in other Travis Strikes Again boss fights. After a quick cutscene, Brian will be defeated and you’ll have officially completed Coffee & Doughnuts.

Answer: Brian Buster Jr is pretty easy to deal damage to, the main focus of this boss battle is about getting in and out as quickly as you can after dealing damage.

Upon reaching phase 2, the head in the background can begin delivering massive laser blasts to the battle arena, so you want to make finishing the fight as quickly as possible a priority after this.

Focus on using skill moves and charge attacks back to back, and use your ∀ Skill Chip to recover any health dealt by the laser attack.