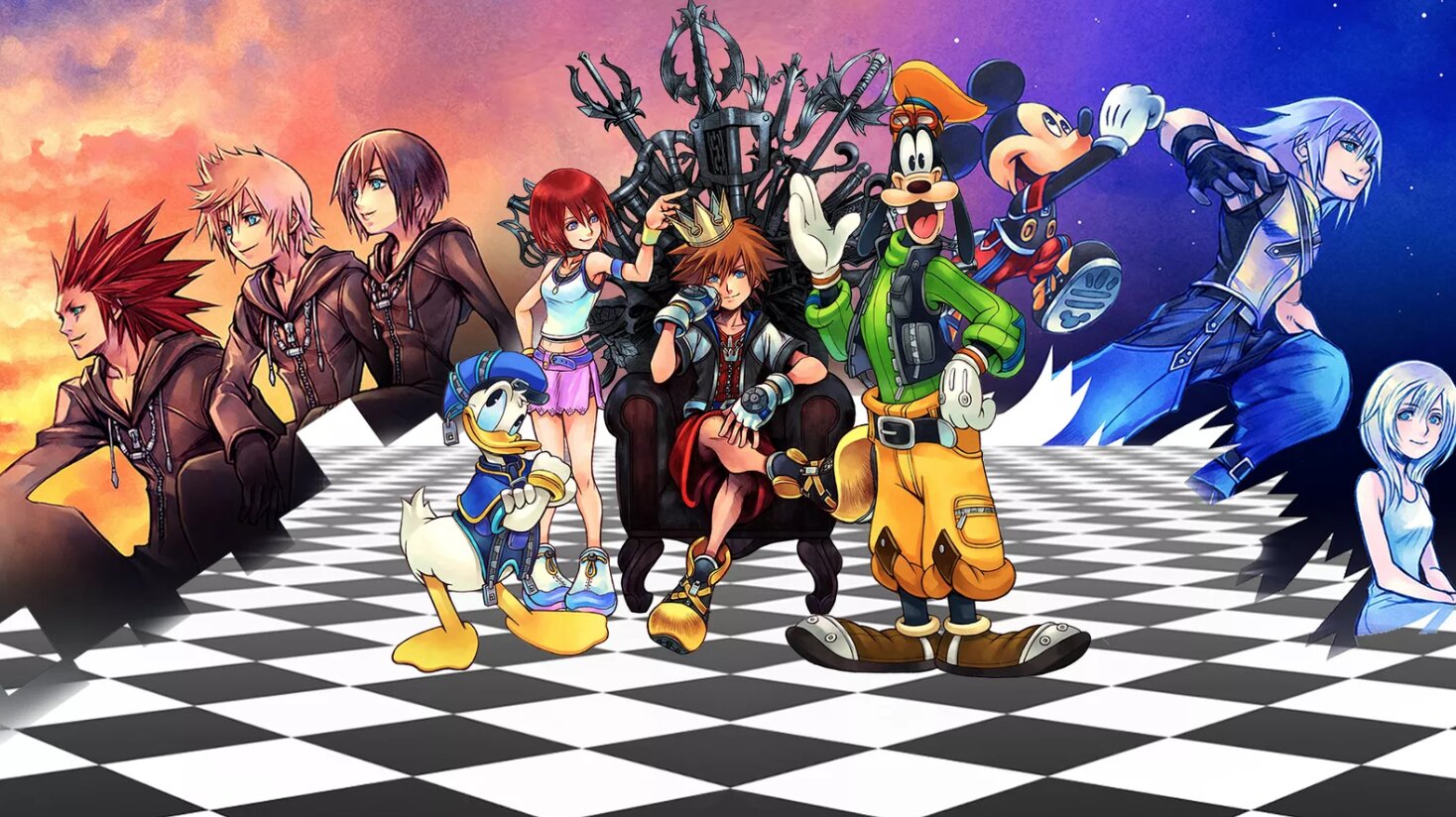 Kingdom Hearts is a strange series, with so many entries spread out across so many different systems, all of which tie together in some way.

With the impending release of Kingdom Hearts III, and a huge marketing push by both Square Enix and Disney, more and more people probably want to jump on board and catch up with the franchise.

Unfortunately, the only way you can do that is by owning a PS4, or the original games themselves. It’s absolutely baffling that Square Enix hasn’t tried to bring the Kingdom Hearts series to the Xbox One and Nintendo Switch before the release of Kingdom Hearts 3, as they’d almost assuredly be a hit.

Kingdom Hearts has always been popular, with the series selling over 24 million copies to date. The 1.5 + 2.5 Remix and 2.8 re-releases are responsible for nearly two million of those sales, simply on PS4 alone. Seeing as this is the very first time the franchise will ever come to Xbox, obviously, Square Enix would want to drive interest.

What better way would there be to do that, than put the entire series on the Xbox One? This is especially easy, considering we already have an all-in-one package with The Story So Far, that just needs to be transferred over from the PS4.

Considering the Kingdom Hearts series is so story-heavy, players will absolutely need some way to get up to speed. While Kingdom Hearts 3 will have “Memory Archive” videos recapping events, and there are plenty of YouTube recaps out there, nothing is quite as good as experiencing the games yourself.

Seeing and experiencing the series’ evolution firsthand is the best way to get players invested, and dropping Kingdom Hearts: The Story So Far introduces the series to a potential pool of nearly 30 million new consumers. Obviously, not everyone with an Xbox One would play Kingdom Hearts, but opening your product up to more consumers is never a bad thing.

This is especially true since the Xbox One has a distinct lack of JRPGs, with titles like Persona 5, Yakuza, Dragon Quest XI, Ni No Kuni II, and more all remaining exclusive to PS4 on consoles. This leaves a significant gap in the Xbox One’s library for the genre, one that six Kingdom Hearts games in one package could definitely fill.

What it boils down to is that it seems ludicrous that someone can play Kingdom Hearts 3 on their Xbox One, but not play anything else from the entire series.

Then, of course, there’s the question of the Nintendo Switch, the little handheld that’s setting the gaming world on fire. Square Enix has already thrown a wealth of support behind the Switch, developing a system exclusive with Octopath Traveler, that’s already sold over 1 million copies.

Add that to the games already on the system like Dragon Quest Builders, I Am Setsuna, Romancing Saga 2, and more. They then brought the cult classic JRPG The World Ends With You: Final Remix, and debuted Final Fantasy on the Switch with World of Final Fantasy: Maxima and Final Fantasy XV: Pocket Edition.

Switch sales continue to grow strong, and a Kingdom Hearts collection would be a prime candidate. Imagine being able to take the entire series on the go and play it wherever you want. Sounds like a tantalizing opportunity, no?

Now, of course, Kingdom Hearts 3 isn’t coming to the Switch, yet, but that doesn’t mean the interest from it still wouldn’t drive Switch sales. Tons of Kingdom Hearts or JRPG fans would pick up a collection on Switch in order to catch up before KH3, especially since it’s easier to play as you can take it on the go.

All of this is especially puzzling because of Kingdom Hearts’ long history with Nintendo. While the main games have never appeared on a Nintendo system, the majority of the spinoffs have. Chain of Memories, 358/2 Days, Re:Coded, and Dream Drop Distance all released first on Nintendo platforms.

You have to imagine Nintendo would love to have all of Kingdom Hearts on the Switch, finally giving their fans the chance to experience the entire series. In a way the collections coming to Switch would almost make more sense than Xbox One, despite Kingdom Hearts 3 not coming to Nintendo’s console.

The Switch has become an absolute hotbed for JRPGs, and an essential system for any fan of the genre, but Kingdom Hearts feels like a big missing gap. It’d be one thing if we knew the games would come eventually, like Dragon Quest XI S, but we haven’t heard hide nor hair of Kingdom Hearts coming to the handheld hybrid.

There’s still a possibility that someday all of the Kingdom Hearts games will come to Xbox and Switch, but at this point, it feels like Square Enix missed their “Golden Opportunity.”

There’s likely more to the story we don’t know about, like licensing issues with Disney, but if there was ever a time to port over the Kingdom Hearts games, it was while Kingdom Hearts 3’s hype was at critical mass.