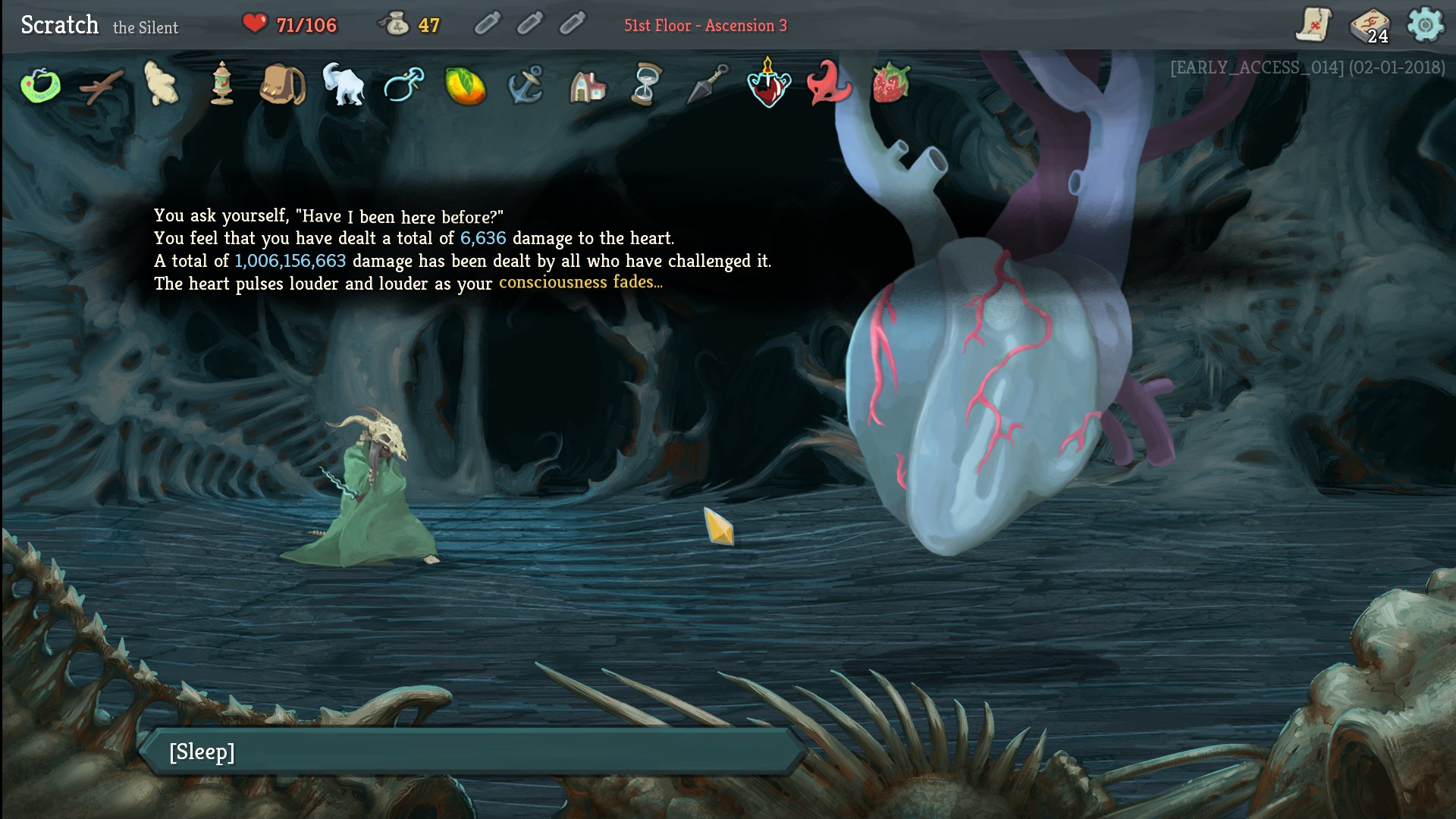 How to Beat the Heart in Slay the Spire

Of the many challenges presented to players in Slay the Spire, few can be as challenging as figuring out how to beat the Corrupted Heart.

The final boss of Act 4, the Corrupted Heart has more than a few things that put it head and shoulders above the rest of Slay the Spire’s foes.

In addition to boasting a huge pool of health, the boss is privy to several buffs that will keep even the most boosted characters from finishing it off quickly.

That’s to say nothing of its high damage dealing potential, which can wreck any of the three playable characters in no time flat should you go in unprepared.

It’s a formidable challenge to be sure, but there are strategies that can be used to defeat it. As such, we’ve gathered some below to help you overcome the challenge.

Note that, due to the RNG nature of deck building in the game, none of these strategies are 100 percent guaranteed to succeed. They will, however, give you a fighting chance toward successfully toppling the tyrannical organ.

How to Beat the Heart as the Ironclad

While it may be tempting to deck the Ironclad out with high damage dealing cards, a deck that prioritizes defense will serve you much better in the long-run.

For a run at the Corrupted Heart, focus on constructing a deck with plenty of defensive cards. Aim to have at least one Barricade card along with plenty of Entrench cards.

For attack, try to stock up on Body Slams as they’ll be boosted by your block stat, allowing you to deal heavy damage if your defense is buffed highly enough.

How to Beat the Heart as the Silent

For those who prefer to play as the Silent in Slay the Spire, a deck build that focuses on dealing poison damage is the way to go. The passive damage can be built up as time goes on, and can make quick work of the Heart so long as you keep your wits about you.

As such, you should do your best to accrue as many Noxious Fumes and Catalyst cards as possible. Doing so will ensure you have plenty of options for dealing passive damage as your fight with the heart goes on.

At the same time though, having some defensive cards to keep you standing while the damage builds up is crucial. Try to throw some Blur or Dodge and Roll cards into your deck to make sure you aren’t decimated before your time.

How to Beat the Heart as the Defect

Much like the Silent, the Defect has deck builds that focus on dealing damage over time. This is the way to go, as it will allow you to keep chipping away at the Corrupted Heart’s massive health pool while allowing you to shore up your defenses.

More specifically, try your best to build a deck with Lightning Orbs and maximize your focus. This will allow you to maximize the passive damage you deal over time. If you’re lucky enough to get a Biased Cognition, this will be a must-have part of your deck.

Likewise, intersperse your deck with cards and skills that boost your Block. Doing so will keep you alive through the tougher portions of the boss fight and allow your passive lightning damage against the Heart to pile up.

Again, none of these strategies are surefire ways to win. The game’s RNG elements can help and harm you in unexpected ways, and these strategies can be enhanced or trashed accordingly as a result.

That said, they should at least bring your chances up and and at the very least provide you with the opportunity to turn the fight from a curb stomp into an enjoyable segment of the game.

That’s everything you need to know about how to beat the Corrupted Heart in Slay the Spire. The game is currently available on PC via early access. For more on the game, check out some of our other guides on topics like how to win as the Silent.