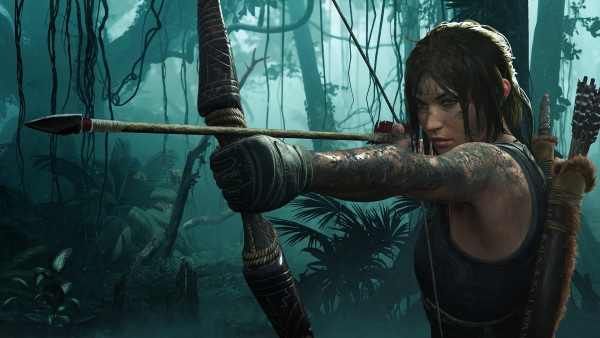 Square Enix and Eidos Montreal have announced that the third DLC path for Shadow of the Tomb Raider “The Nightmare” will be released on Jan 22 and throws Lara Croft into her family estate, but there seems to be a little twist, as Lara will be facing some of her worst nightmares that includes familiar enemies and fallen friends.

You can probably bet that we’ll have to go and beat up some zombie-fied versions of Lara’s closest friends and enemies that she’s defeated in the past.

Journey through “The Nightmare” on January 22nd as Lara Croft faces off against familiar enemies and fallen friends. 😱 pic.twitter.com/ouRPCGv538

Shadow of the Tomb Raider marks the end of the rebooted trilogy that started out in 2013 with the first Tomb Raider, which was developed by Crystal Dynamics and published by Square Enix. This time around, things are very serious as Lara Croft has to prevent a Mayan Apocalypse and become the Tomb Raider that she is destined to be.

This upcoming DLC pack is the third out of seven “paths” that Square Enix will be releasing for the action-adventure title. If you purchased the season pass, each path will come free of charge, of course, and will come included with a challenge tomb, narrative side missions, weapons, skills, and outfits.

Shadow of the Tomb Raider is available now for PS4, Xbox One, and PC; if you want to read on why the game is worth playing, then be sure to check out our review.