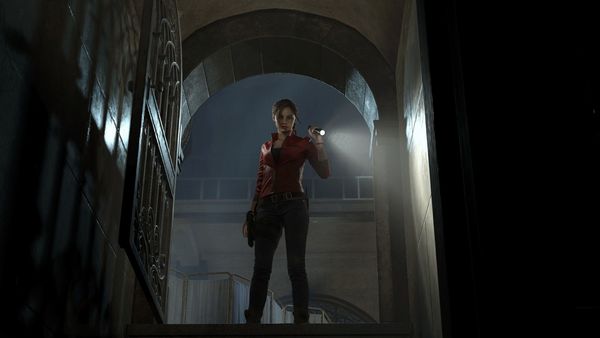 The Resident Evil 2 remake is a re-imagining of the Raccoon City tragedy we first got to experience in the original PS1 classic title. However, a couple of minor details have been changed in the story.

Here’s your spoiler warning: we’re going to be discussing the endings of Leon and Claire’s stories, as well as the true ending of Resident Evil 2 itself, so look away if you want to experience the story on your own.

Near the end of Resident Evil 2, Ada convinces Leon that she needs him to help her secure the G-Virus sample. At this point, Leon firmly believes that she’s an FBI agent, and is determined to help her complete her mission after she’d gotten seriously injured during her encounter with Annette.

After getting the sample in the lab, he runs into Annette, and is attacked by an evolved form of G-Birkin. Birkin injures Annette severely, but before she dies, she reveals to Leon that G-Birkin was actually William, her husband.

William had intended to betray Umbrella, and when the corporation caught wind of this, they sent their elite troops to hunt down William and steal the G-Virus.

William was shot, but he managed to inject the virus into himself before dying, thus transforming himself into this monstrosity. Annette asks Leon to destroy the sample, but he refuses, saying that it’s going to the FBI as evidence.

Annette laughs and tells him that Ada isn’t an FBI agent at all; she’s actually a mercenary hired to secure the G-Virus sample for her employers, allowing them to sell it to the highest bidder.

On his way out of the lab, Leon runs into Ada and confronts her with the information he got from Annette. The two face off against each other, guns drawn, but Leon eventually puts his gun away and dares her to shoot him. Ada puts down her gun as well, but before anything else can happen, Annette shoots her in the arm.

As the lab starts to fall apart due to the self-destruct sequence initiated when Leon took the sample, Ada ends up falling off the side of the catwalk, where she presumably dies.

Leon continues to make his escape out of the lab, and is able to communicate with Claire, who’s in the process of activating a train to get them out of the area. As Leon tries to make it to the train, he’s chased by Tyrant.

Eventually, Leon manages to finally kill Tyrant, thanks to the mysterious appearance of an anti-tank rocket halfway through the fight. During a short cutscene that plays, we see that it was actually Ada who gave him the rocket launcher, as she had somehow survived that insane fall.

Leon makes it to the train and meets up with Claire and Sherry, and they escape.

Instead of trying to secure the G-Virus sample in Resident Evil 2, Claire is at the lab looking for a way to cure Sherry. With Sherry’s pendant in hand, she’s able to get the antiviral agent. However, before she can make it back to the girl, she’s ambushed by G-Birkin.

Annette shows up as well, and reveals to Claire that the monster was actually her husband. Unlike Leon, Claire seems to be a bit more sympathetic to Annette’s plight. When G-Birkin severely injures Annette, Claire is the one who hits the quarantine button, determined to kill the monster before she leaves.

She hands the antiviral agent over to Annette, telling her to go help Sherry while she deals with the monster.

After defeating G-Birkin, she runs back to the security room to find Annette and Sherry. The antiviral agent works, and Sherry is free of the G-Virus. However, Annette is on the brink of death, and she dies just as the self-destruct sequence gets initiated.

Tearfully, Sherry says goodbye to her mom, and tells Claire that she was right about her jacket, and how she felt lucky to have met her.

Claire and Sherry escape the facility and they find a train that they can activate to get out of the lab. Claire also manages to get in contact with Leon, and she informs him of their escape route. Before they can get out, however, G-Birkin shows up once again, and Claire is forced to take him out.

Eventually, they manage to get the train moving, and Claire and Sherry have a short conversation about what they want to do once they get out of Raccoon City. Leon also shows up on the train, and they escape together.

The true ending of Resident Evil 2 takes place directly after both of Leon and Claire’s endings, and can only be unlocked by playing through New Game 2nd Run.

In the true ending, our heroes are attacked on the train by one last adversary, Birkin himself. This time, his mutation has caused him to turn into a tentacled blob. Depending on who you’re playing as, that character will be the one to face off against G-Birkin’s stage 5.

Once you’ve dealt enough damage to him, Leon and Claire manage to uncouple the last train car, and watch as it goes up in flames, taking Birkin down at the same time.

Finally, the group manages to get out of the facility. When Claire asks if the nightmare is finally over, Leon says he doesn’t know, but if it isn’t, they’ll stop it together. Hand in hand, the three of them walk off into the sunrise, as Sherry entertains the notion of Leon and Claire adopting her now that her parents are dead, and says that they could go get a puppy and a parrot.

Resident Evil 2’s various endings help to tie up most of the loose ends in the story, with the exception of Ada’s fate and Chris’ whereabouts. At this point, it’s still unclear exactly how Ada could’ve survived that long fall from that catwalk, or how she answers to her superiors about losing the G-Virus.

While locating Chris Redfield was Claire’s primary objective for coming to Raccoon City in Resident Evil 2, we don’t really learn all that much about him either. A letter that you can find in the STARS Office reveals that he’s currently in Europe, where he’s presumably trying to take down Umbrella in their main headquarters. However, we won’t get to continue Chris’ story until the events of Resident Evil Code: Veronica.

Similarly for Ada, we won’t be seeing her until Resident Evil 4, where she reunites with Leon.

And that’s all you need to know about the endings in Resident Evil 2. Be sure to check our Resident Evil 2 guide wiki for more tips and information on the game.