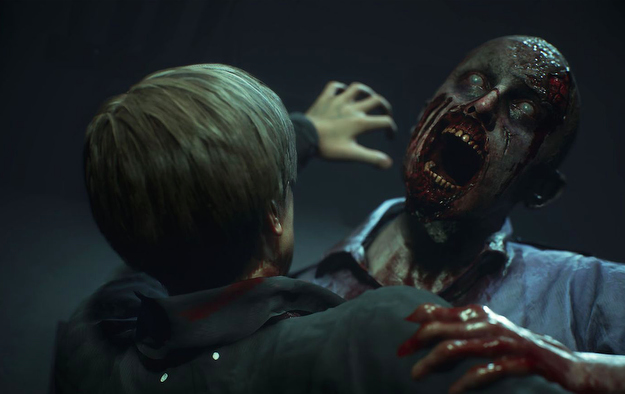 What the Round Handle is For in Resident Evil 2

Resident Evil 2 overhauls the original games’ antiquated controls, but lots of the obtuse puzzles that were a hallmark of the early Resident Evil titles remain intact. Lots of the items you’ll pick up won’t make much sense to you at first, so here’s what the round handle is for in Resident Evil 2 if you’re confused.

In early Resident Evil games, players would typically find strange items throughout their playthrough that didn’t seem to have any immediate use. The Resident Evil 2 remake tones that down somewhat, typically introducing you to an obstacle or puzzle before giving you an item.

That being said, it can still be confusing keeping track of all these different items, especially if you’re coming back to the game after having put it down for a few days.

After you’ve met up with Claire/Leon in the courtyard area of the police station, you’ll find the cutting tool, which is used to unlock chained doors. Later, you’ll use the tool to unlock the side room in the East Office, and it’s there you’ll have found the round handle.

So what is it for, exactly? Well, it unblocks the Shower Room on the second floor of the police station’s West Wing, which is currently inaccessible due to a gas/steam leak. Go back to the Men’s Locker Room (which is connected to the Shower Room) and use the round handle to stop the gas/steam.

From here, you can now proceed forward towards to the S.T.A.R.S Office.

Warning: watch your step beyond this point.

That’s all the information about what the round handle is for in Resident Evil 2 that you should need. For more useful tips and guides on the game, be sure to check out our wiki page.

Question: What is the round handle used for in Resident Evil 2?

Answer: It stops the gas/steam leak that is blocking the Shower Room on the second floor of the police station’s West Wing.