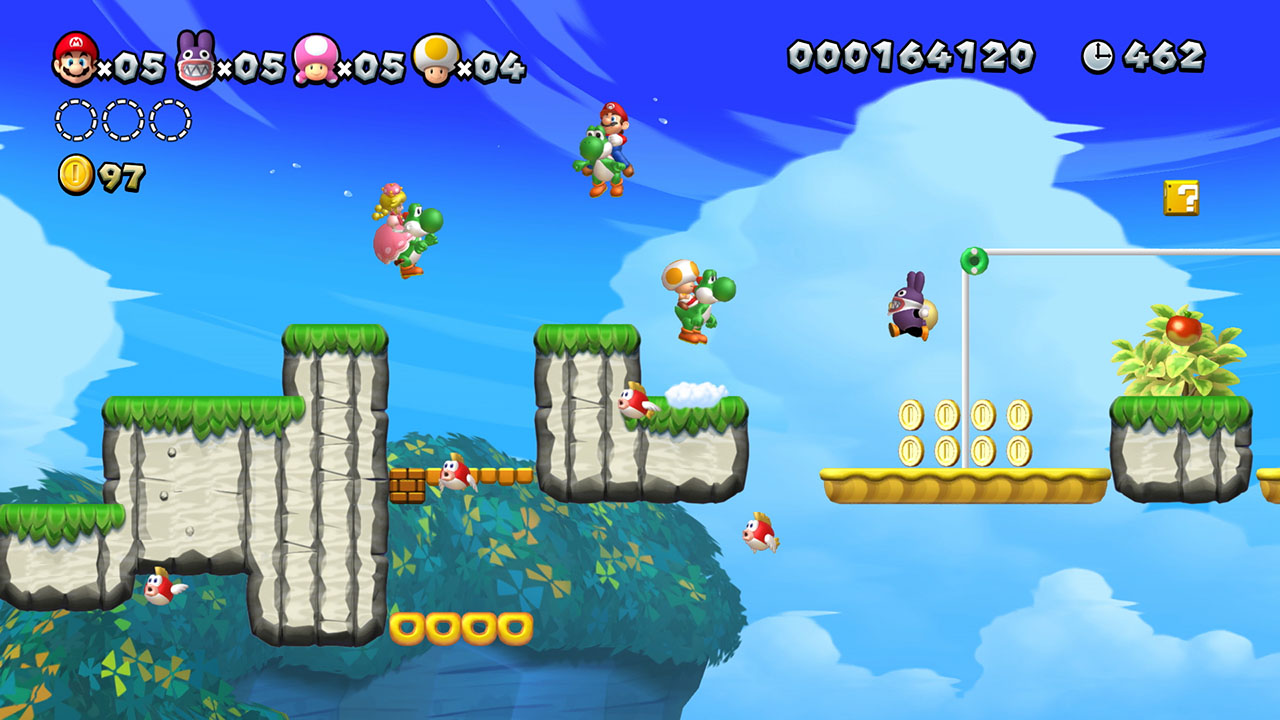 Nintendo released a 10-minute video showing off the cooperative aspect of the upcoming New Super Mario Bros. U Deluxe for Nintendo Switch.

The duo showed off the first level of the Frosted Glacier world using Mario and the new Toadette character, Toad’s female counterpart. The video, embedded below, also showed how Toadette controls after transforming into Peachette from a Super Crown power-up.

Nintendo confirmed today that only Toadette can use the Super Crown power-up after the Internet was taken aback last September by a comic strip imagining Bowser transforming into the Peach-like character “Bowsette” through the item.