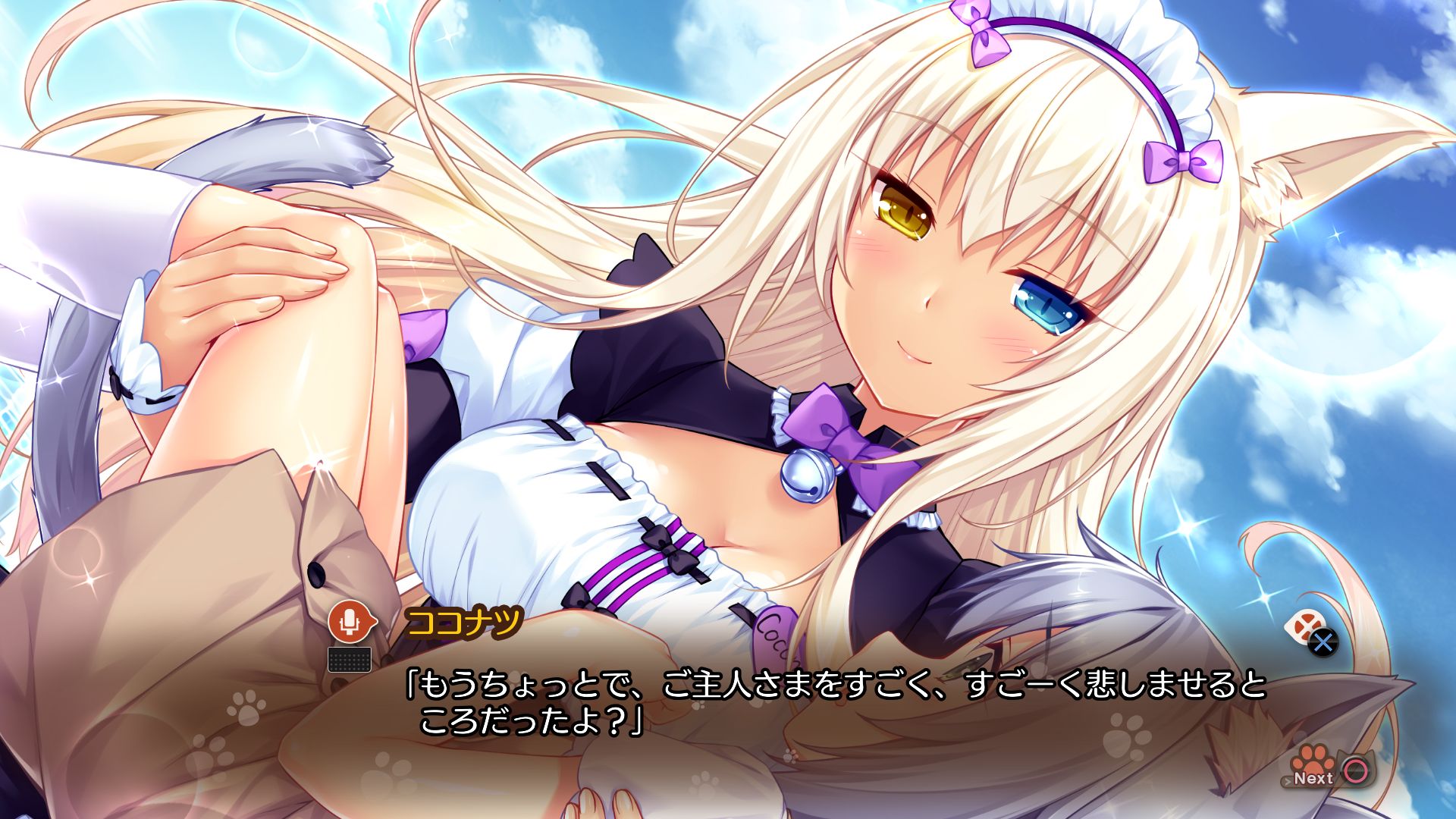 The game will come on Valentine’s Day, Feb. 14, and it’ll even include a new opening cutscene with a new opening song titled “Tokmeki Emotion” and performed by Miyuki Hashimoto.

There are also new events in the console version, with the addition of new illustrations. Languages supported for subtitles will be Japanese, English, and Chinese (both Traditional and Simplified).

Pre-download on the Nintendo E-Shop has actually been made available today.

Below you can check out a few new images of the console version running on PS4.

If you don’t want to wait, or you don’t have one of the two consoles involved, the game is already available on Steam.

If you’re unfamiliar with the game, you can read an official description:

“Business is booming for La Soleil, the patisserie run by Kashou Minaduki with his two catgirls, Chocola and Vanilla, his sister Shigure, and the Minaduki family’s four catgirl sisters.

Among them are the sarcastic oldest sister who hides behind a facade of toughness, Azuki, and the clumsy youngest sister who always tries her best even if she ends up doing more harm than good, Coconut. No one got along better than these two catgirls when they were younger, but lately, they’ve been fighting all the time.

Despite their sisterly love, a small misunderstanding ends up driving a wedge between them. As the story of these catgirl sisters unfolds, they’ll grow to understand each other and strengthen their familial bonds in this heartfelt catgirl comedy, which is only a little lewd. Now open for business!”

Incidentally, we recently learned that the series is getting an anime TV series, while Neko Works is currently developing Nekopara Vol.4, alongside two brand new IPs.