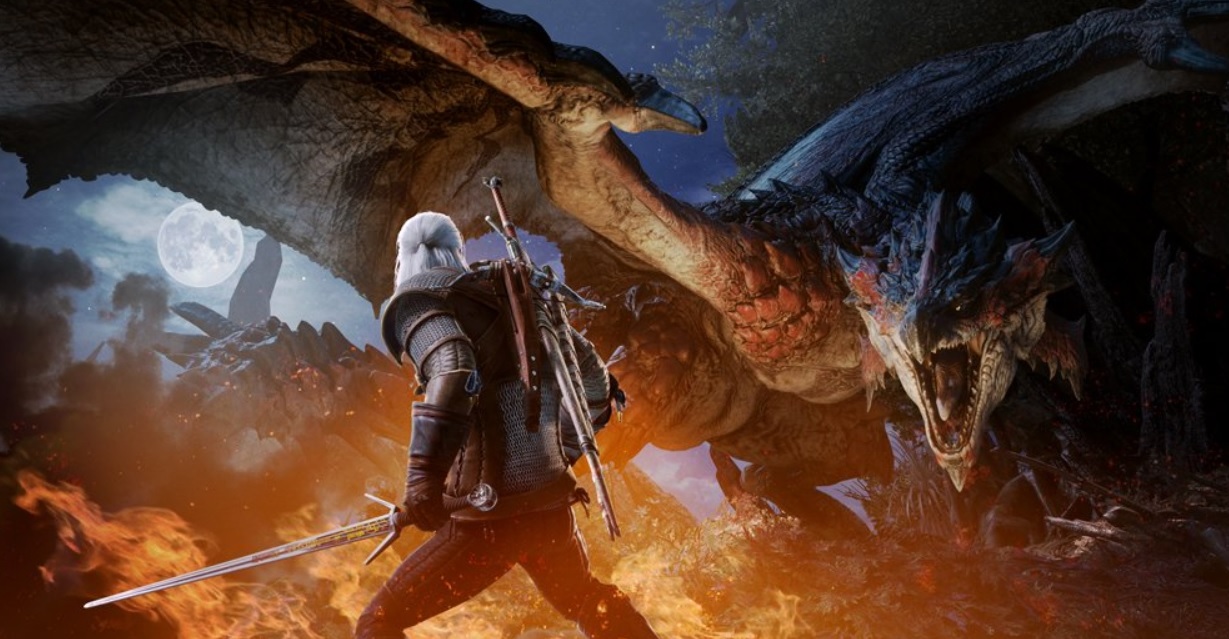 UPDATE: English-speaking Monster Hunter: World players will get the Witcher 3 update on Feb. 8 as well. However, the tweet also specified that the update will be available for PS4 and Xbox One on that date. There’s no news on when it’ll be arriving on PC just yet.

Original Story: Last December, Capcom announced the brand new Iceborne expansion for Monster Hunter: World. Along with that, it was also announced that the game would be getting a collaboration event with The Witcher 3, where Geralt will enter the MH universe and fight monsters alongside the hunters.

The collaboration was announced for an early 2019 release, and it looks like it’ll be coming to the game on Feb. 8.

According to the tweet from the series’ official Twitter account, the collaboration event will arrive as a massive free update, so as long as you’re at the required Hunter Rank for the event, you’ll be able to take part if you have a copy of the game.

The Witcher 3 certainly is a fitting choice for a Monster Hunter: World collaboration, as Geralt was often tasked with hunting down and killing plenty of strange beasts in his own game, and it’d be interesting to see how he fits into Capcom’s universe.

Just recently, Monster Hunter: World also featured an FFXIV collaboration event, where players could battle against the iconic Behemoth enemy while grappling with new mechanics that weren’t featured in the game prior to this.

Monster Hunter: World is now available for PS4, Xbox One, and PC.