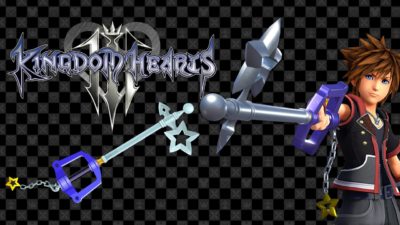 How to Unlock All Keyblades in Kingdom Hearts 3

The iconic Keyblade is one of the enduring symbols of Kingdom Hearts and is a functional weapon to boot. Here’s everything you need to know about how to unlock all Keyblades in Kingdom Hearts 3.

In Kingdom Hearts 3 there will be a wide assortment of Keyblades for you to collect as you progress through the game.

Keyblades can be received as rewards upon successful completion of a corresponding world. In some cases, they have to be forged from rare materials.

Below is the full list of the Keyblades available for use in Kingdom Hearts 3. Please be advised that there will be some minor location spoilers involved in this guide, so keep away unless you are OK with some of the game’s locations being spoiled for you.

We are yet to get the in-game statistics for all of the pre-order exclusive Keyblades, which is shown by a ‘?’ in its place. We will be sure to update the information as soon as we have it, though.