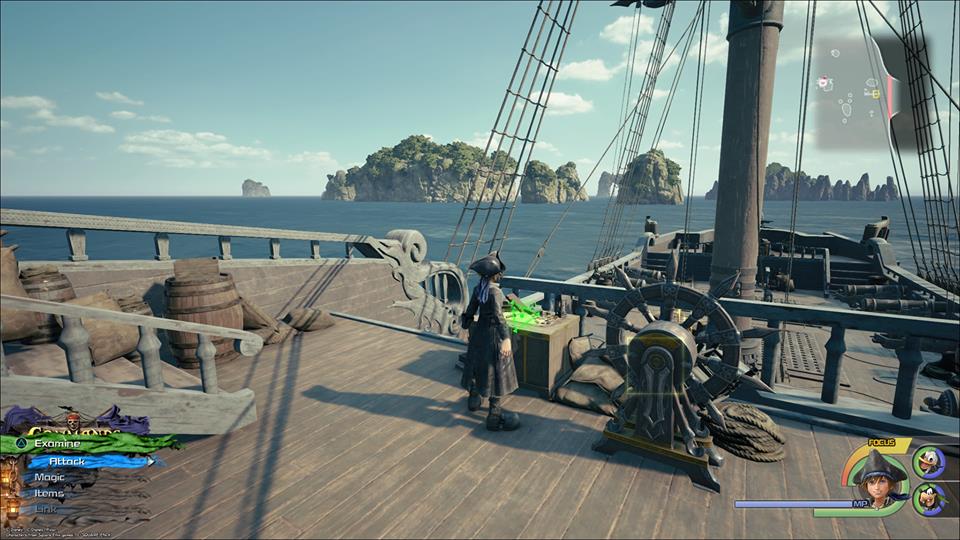 How to Level Up the Leviathan in Kingdom Hearts 3

The Kingdom Hearts series has always been about gameplay variety, and Kingdom Hearts 3 doubles down on that by really making each and every world unique. Never is this truer than with The Caribbean, which almost feels like a small game unto itself. Here’s how to level up The Leviathan in Kingdom Hearts 3.

The Caribbean, which is the Pirates of the Caribbean world, has Sora piloting his very own ship around the sea, exploring islands and blasting away at Heartless ships. The Leviathan (a nod to Final Fantasy) can be leveled up, increasing its health, speed, and number of cannons.

The story will show you how to level up the Leviathan, but what you need to do is find White Crabs scattered all around The Caribbean. These little rascals can be tough to find, but there are a few ways to go about it.

For one, as you’re sailing around, you’ll constantly come under attack from Heartless ships. Every time you beat a group of ships, you’ll get some kind of reward, and more often than not it’s a handful (15-40) of White Crabs.

The best way to get the crabs in Kingdom Hearts 3, however, is by exploring each of the islands dotted around your Sea Charts. While you’re at the helm of the ship, press the touchpad on PS4, or options on Xbox, to bring up your Sea Charts. Any island that has a name next to it is somewhere you can explore.

Most of these optional islands have a ton of crabs, so explore and smash crates and barrels, look under the water near the shore, knock crabs out of the trees and plants, and more. In particular, Confinement Island, on the top right of the map is one big area with hundreds of crabs stuffed in barrels.

Just keep exploring and fighting ships, and you shouldn’t have any trouble leveling up. You can level The Leviathan up to Level 9, which is the max, and also nets you a nice trophy/achievement.

That’s everything you need to know about how to level up the Leviathan in Kingdom Hearts 3. For even more guides and help, make sure to check out our Kingdom Hearts 3 wiki. Here are a few others you might want to look at.

Question: How do you level up The Leviathan in Kingdom Hearts 3?

Answer: To level up your ship, you’ll need to find White Crabs scattered all across The Caribbean, as they basically function as experience points.

You can find them hidden in barrels and crates, in trees, and other spots, so explore each of the optional islands to find a bunch. Every time you beat a group of Heartless ships out at sea, you also have a chance of getting White Crabs as a reward.