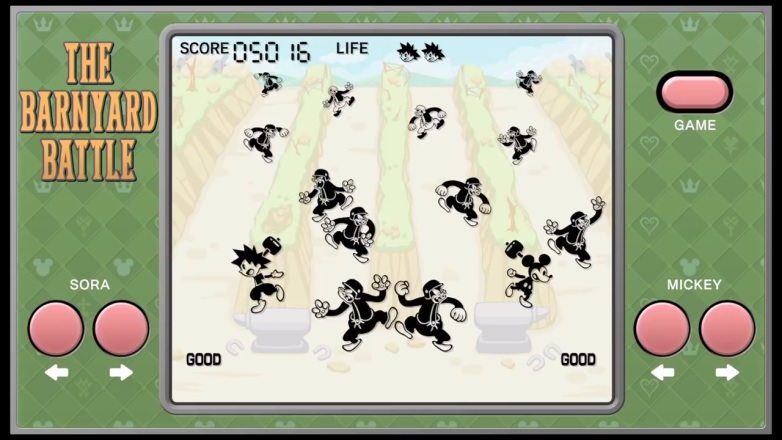 How to Play Classic Kingdom Minigames in Kingdom Hearts 3

Fans have been waiting to play Kingdom Hearts 3 for years, as the title finishes out the trilogy many have played for their whole lives. Despite this, there is no doubt that gamers will invest just as much time in the classic content placed into the game then they will with the new features.

Classic Kingdom minigames are sure to entice loyal fans, as the sessions include everything from Barnyard Battle to Musical Farmer. Before you can even begin, you’ll have to figure out how to unlock them.

Don’t worry though, we are here to help. Here is everything you need to know about how to play Classic Kingdom minigames in Kingdom Hearts 3.

In order to play these minigames, the first thing you’ll have to do is reach Twilight Town and follow the main story. Once you hit the end of the world, you’ll automatically get a Classic Kingdom minigame to play.

After you’ve finished this, a new option will be available in the menu to play each minigame whenever you want. Simply open the menu, go to the Gummiphone option, and then select Classic Kingdom.

Like most games, you’ll have to earn each one before being able to access it in the menu. To find them, simply search throughout different locations in each world.

The Classic Kingdom games can be found scattered across all of Kingdom Hearts 3, in the various Disney worlds you visit. Four of the game are on a bulletin board in Twilight Town, just opposite the Bistro. However, you’ll only see two on there at first, and the other two will appear after you make it to the second galaxy.

Most of the games are found in chests. We don’t have the full list of all Classic Kingdom games, but here’s what we’ve found so far. We’ll update the list as we find more.

For more information, be sure to search for Twinfinite or check out our Kingdom Hearts 3 wiki, which features a lot of guides and tips to help you in every aspect of the game.

Question: How do you play classic minigames in Kingdom Hearts 3?

Answer: Once you reach Twilight Town, the game gives you a Classic Kingdom minigame to play at the end of the World. After this, you can play others by opening the main menu, clicking on the Gummiphone, and then selecting Classic Kingdom. Keep in mind that minigames can only be played when found. Each one is located throughout different areas in the game.