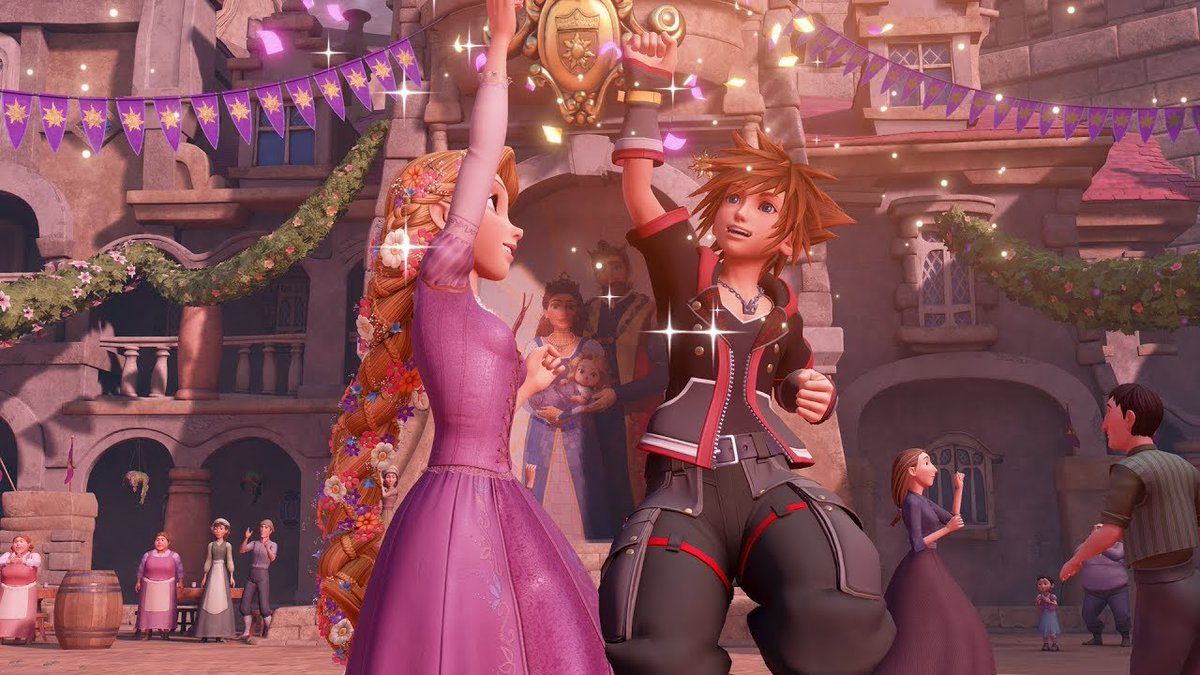 How to Dance in Kingdom Hearts 3

Fighting isn’t the only fun part of Kingdom Hearts 3, as there are plenty of awesome minigames to take part in as well. But while cooking with Remy (Ratatouille) and flipping through the catalog of Kingdom Classics will certainly occupy your time, nothing beats a little dancing. Here is everything you need to know about how to dance in Kingdom Hearts 3.

The Kingdom of Corona

In order to play the dancing minigame, you’ll need to progress through the main plotline of Rapunzel’s world, the Kingdom of Corona. When you reach a certain point in the story, you’ll be put into the minigame automatically.

Partnering with characters requires Sora to transition over to them to start the dance. To dance correctly, players must press a variety of different button prompts to move Sora the right way.

After pressing the right button, Sora partners up, causing three purple circles to appear. Move into them and hit square (PS4) or X in time.

If you want to show off a little bit, it’s possible to move to the sides of the area to do special flourish-like dances and interact with items. Depending on where you go, Sora can do anything from spin on a barrel to wave a flag.

After building up enough points in the top left meter, a prompt arises letting you press triangle (PS4) or Y (Xbox One) to gather everyone into the middle of the dance floor. Stepping into the middle of the circle, you’ll need to hit the proper sequence of X and circle as Sora moves throughout the different colors.

If you’d like to go back and do this after the mission in Corona, simply go back and talk to Rapunzel. That is everything you need to know about how to dance in Kingdom Hearts 3.

For more helpful guides, be sure to check out our ever-growing wiki on everything Kingdom Hearts 3.

Question: How do you dance in Kingdom Hearts 3?

Answer: In Corona, you’ll reach a part of the story that unlocks a dancing minigame. A variety of different button prompts will appear throughout it, simply requiring you to press them at the right time.

This minigame can also be revisited at any time after the story by talking to Rapunzel.