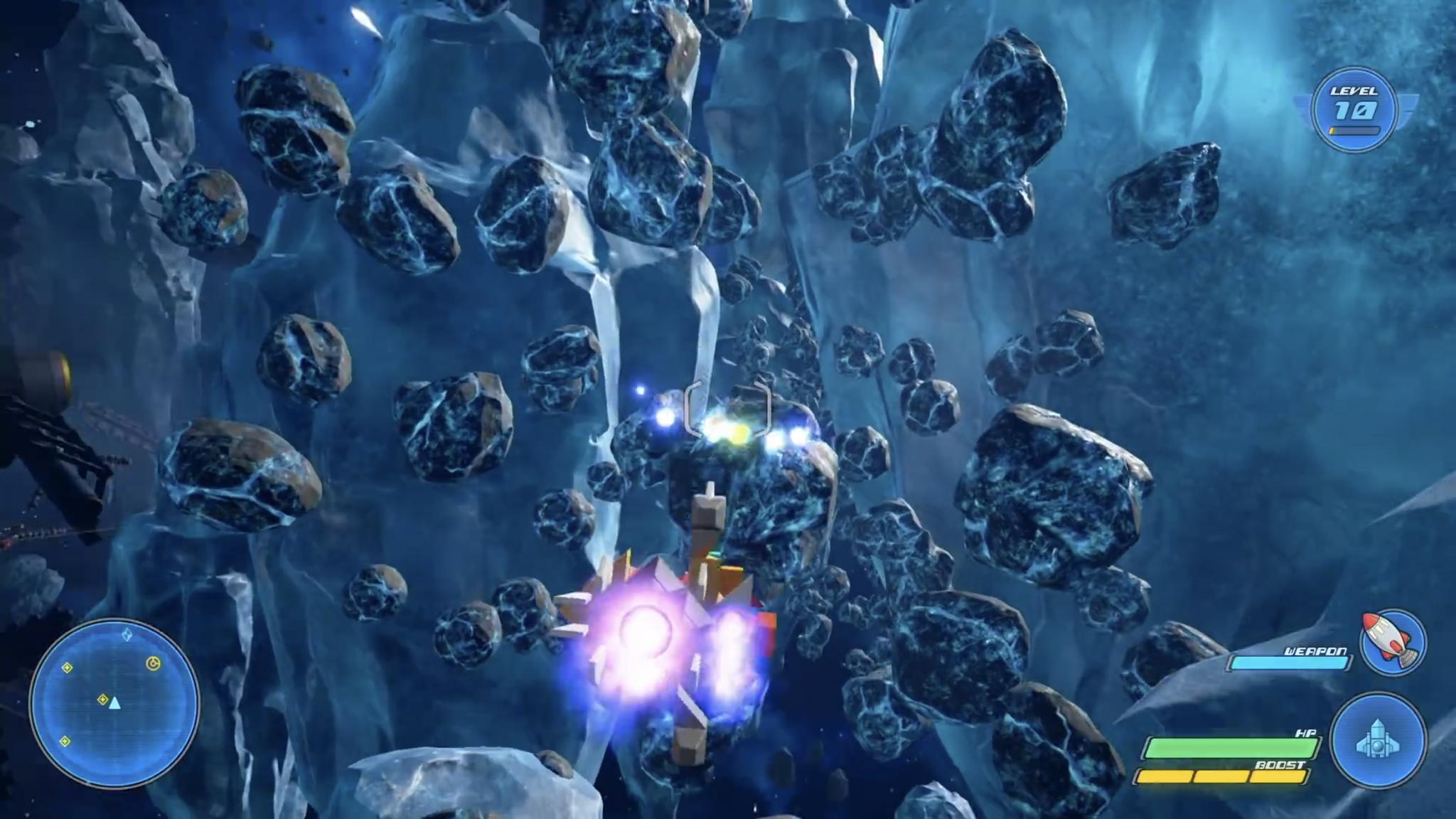 How To Boost Gummi Ship in Kingdom Hearts 3

Traveling between several Disney worlds is one of the many things that Kingdom Hearts 3’s recognizable cast of characters does throughout its latest adventure, all thanks to their trusty Gummi Ship. Here’s how to boost your Gummi Ship in Kingdom Hearts 3.

As reliable a means of transportation as it is, sometimes its usual speed isn’t enough. Luckily, there’s a way to get that extra oomph out of it while exploring.

Kingdom Hearts 3 splits its Gummi Ship sections into two parts, each featuring different types of gameplay. While exploring Space, you’re allowed full 3D movement, much like Star Fox’s All-Range mode. This is the mode that you’ll use to explore space, called The Space Between in Kingdom Hearts 3.

By exploring you can find constellations to take pictures of, which will grant you ship parts, collect gold and experience, break crystals for parts, find and open Treasure Spheres, and more.

Everything changes when you run into opposing ships or bosses, which turns the game into a rail shooter.

Boosting your Gummi Ship is available to you right off the bat and comes in handy in both of these modes. While exploring Space, it lets you get around quicker as you race to collect as many items as you can. When battling enemy ships or bosses, it’s a handy way of moving forward faster and dodging attacks.

In order to boost your Gummi Ship in Kingdom Hearts 3, all you need to do is press Circle (B) while you’re controlling it. You can make use of three charges which refill automatically after being used.

Just like other facets of the ship, the efficiency of its boost can be enhanced via Gummi blocks.

While out in Space, you’ll also find small gate-like objects, with a green glowing aura around them, that grant your Gummi Ship a temporary boost without using any of its charges. Another way of increasing your speed is by using blue warp tunnels which also takes you through them.

That’s all you need to know about how to boost your Gummi Ship in Kingdom Hearts 3.

Drop by our Kingdom Hearts 3 wiki for more tips, tricks and guides on the latest entry in the series. Here are a few others at a glance, for you to check out.

Question: How do you boost the Gummi Ship in Kingdom Hearts 3?

Answer: Getting that extra burst of speed is anything but difficult. While you’re in control of the Gummi Ship, just press Circle (B). The boost has three charges that automatically refill after being used.