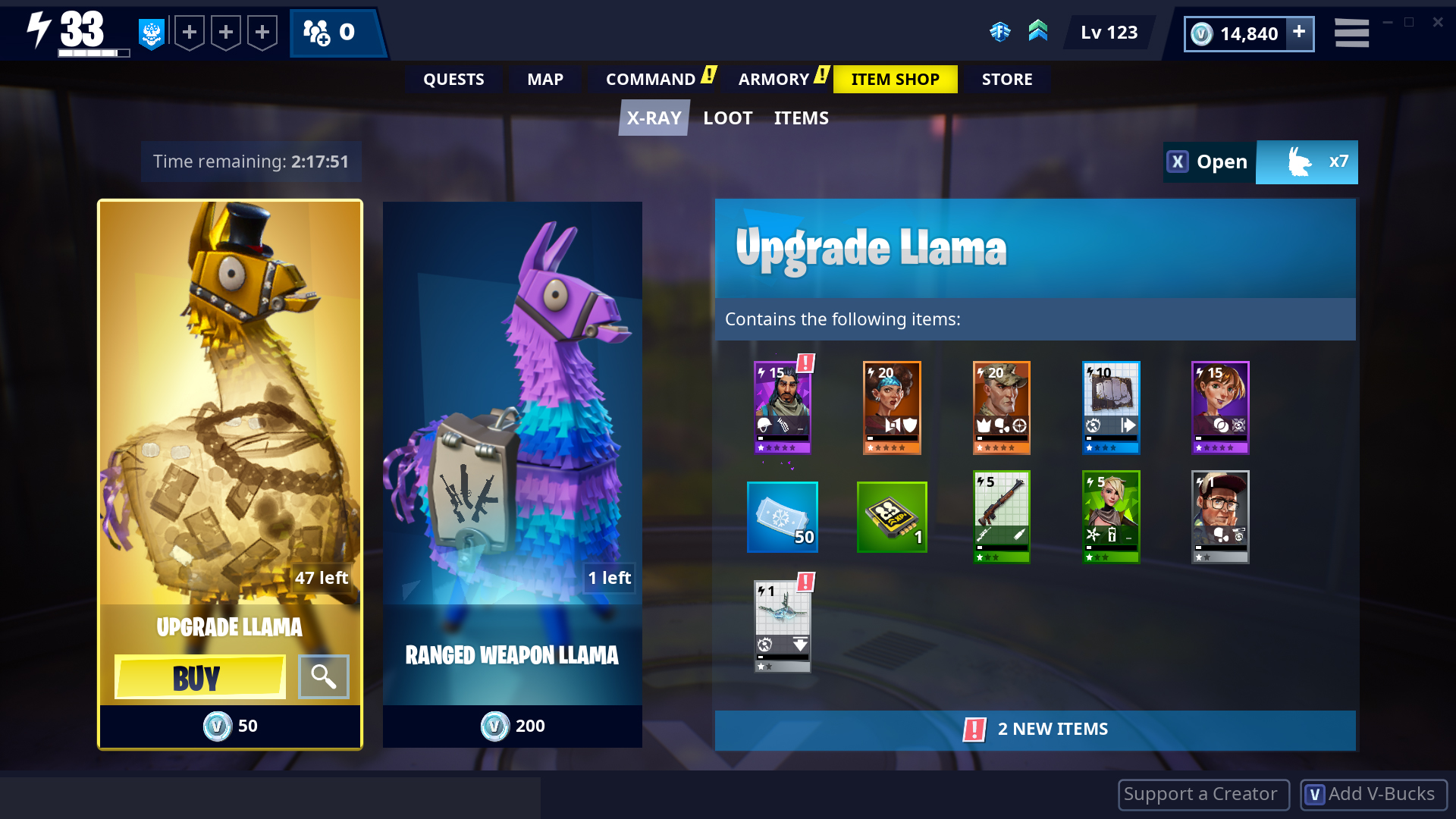 Players in the Save the World mode for Fortnite will soon be able to see the contents of its loot boxes before buying, Epic Games announced today.

The new loot boxes will be called “X-Ray” Llamas, previously known as V-Buck Llamas, and will show what is included in the box before players can purchase it. The Llamas will still require the game’s premium V-Bucks currency to buy, despite the name change.

This will apply to all Llama boxes, except Mini Llamas and event Llamas since they can be earned through gameplay. Epic Games said that players would no longer be able to buy multiple Llamas at once since each Llama has to show its contents one at a time, and a Llama’s selection will change with the daily store refresh.

The new system will be coming soon in the Fortnite 7.30 update, and players will receive five free Llama Upgrade Tokens to try it out.

Epic Games is the latest studio to forgo blind loot boxes purchased through real money after Belgium ruled that loot boxes were a form of illegal gambling last year, with other countries currently investigating. Following the decision, Blizzard removed paid loot boxes from the Belgian versions of Overwatch and Heroes of the Storm over the summer.