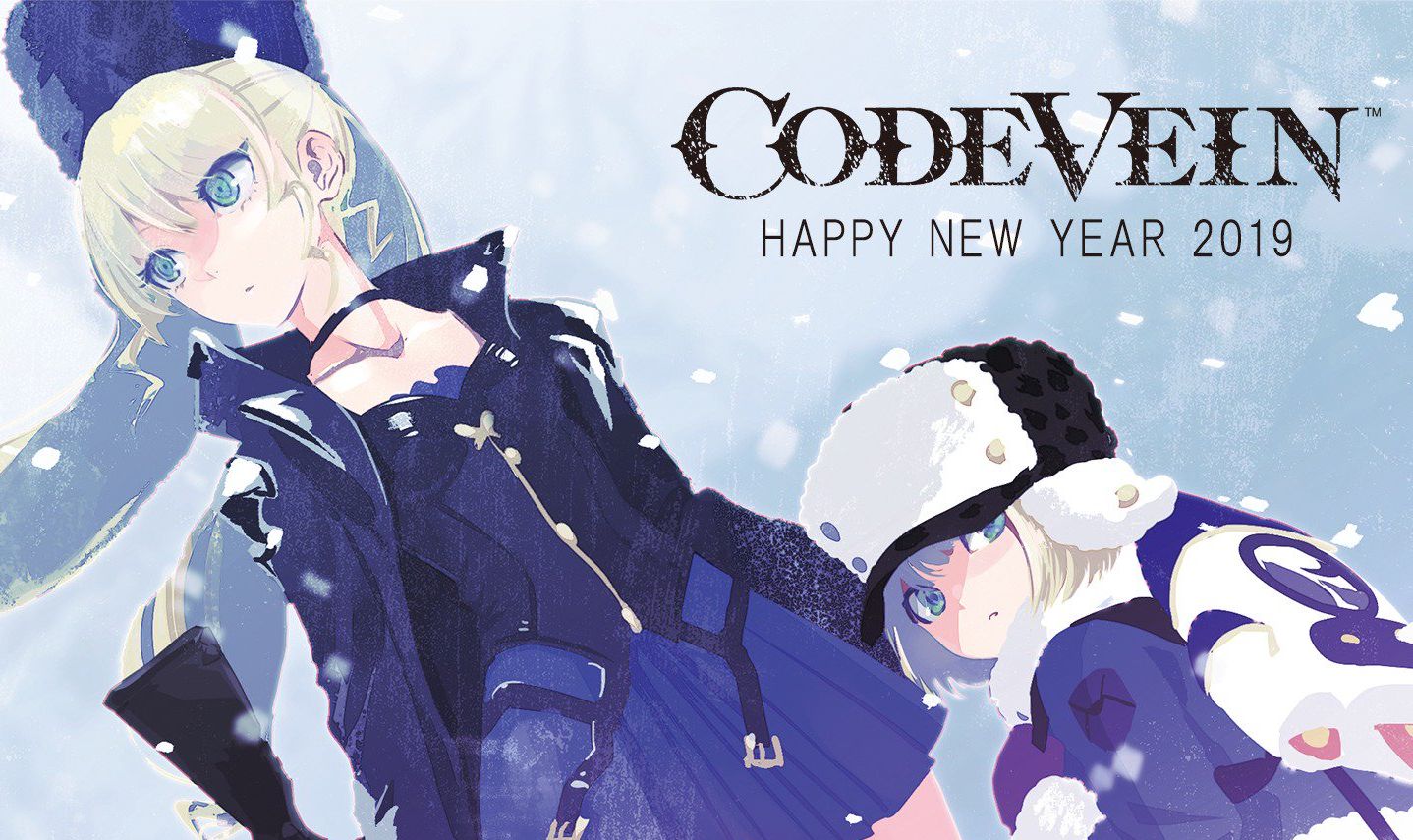 Following the delay of the upcoming Souls-meets-anime JRPG Code Vein, Bandai Namco has been rather silent about the game.

Today, in order to celebrate the New Year, they broke the silence to release a new image. The beautiful illustration, designed by Character Designer Kurumi Kobayashi shows AI companion Mia Karnstein alongside her little brother Nikola.

We also get a message that promises the game “later this year” even if, of course, we don’t yet know how much later.

“Welcome back! The age of Revenants is upon us…we’re working diligently to bring CODE VEIN to you later this year, so get ready to rise up and fight!”

Code Vein doesn’t have a release window beside “2019,” but we recently heard a quick tease of upcoming reveals coming “as soon as possible.”

If you’re unfamiliar with the game, it places the player in the boots of a Revenant, a vampiric evolution of the Human race who intends to investigate the nature of a global disaster that turned everyone into bloodsuckers or mindless monsters.

The gameplay is reminiscent of the Souls series, but it features AI companions, a story narrated in a more traditional way, and an anime-like art style.

Of course, as soon as we hear something tangible, you’ll read all about it here on Twinfinite.

The game is destined to release for PS4, Xbox One, and PC. You can check out the new image below.