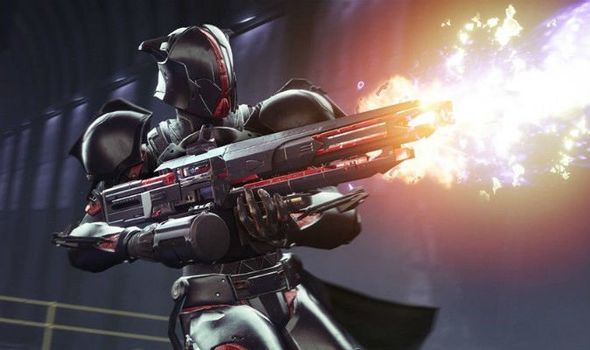 Since the weekly reset yesterday, hardcore Destiny 2 fans have been spending hours trying to complete a series of puzzles that would unlock the final Black Armory forge, Bergusia Forge, for all players.

However, Bungie either underestimated how hard of a time players would have with it, or how frustrated people were going to get waiting to play it.

Since Tuesday, community forums such as Reddit, Discord, Facebook, and Bungie’s own internal forums have bombarded with upset players voicing their dissatisfaction.

In a surprising turn of events, Bungie has decided to do a fast 180, and just unlock Bergusia Forge for everyone, regardless of the completion of the puzzles that have had top Destiny 2 streamers like Datto, stumped since its launch.

Here’s a key portion of the official statement via Bungie:

“Today, at 2PM Pacific Time, the Bergusia Forge will be unlocked for all players who own the Annual Pass.

While coming together as a community to solve puzzles can be fun, setting this puzzle up as a gate between you and new content that you want to play has not been an ideal experience. As such, we will be decoupling the puzzle from the final offering of the Black Armory.”

The reaction to Bergusia Forge isn’t the first time fans have given Bungie a hard time over the difficulty, and inaccessibility of Black Armory content.

Back when the Black Armory content started rolling out late last year, the first forge, Volundr Forge, had a steep power level requirement, making it tough for even the best players at the former max power level to complete at launch.

I argued earlier that the reaction to Volundr Forge was unfair to Bungie, and that it would ultimately not be a big deal. This case is a little different though. At least players could attempt Volundr Forge, and after a bit of grinding easily complete it.

With Bergusia Forge, most players are just waiting around for streamers to figure it out, and getting increasingly angry with Bungie the longer that wait goes on.

Bungie pulling the plug on the whole thing, and just letting the puzzles be optional for some cosmetic rewards is probably the most logical route given the current climate over it. It’s not a hill worth dying on.