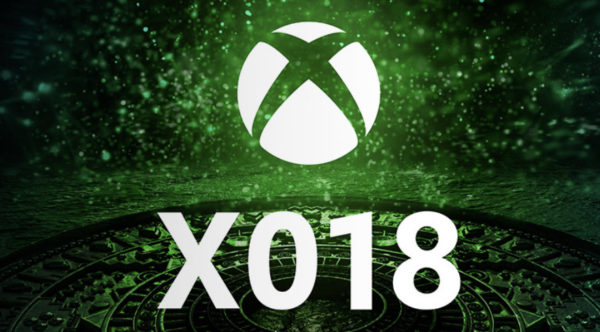 During Microsoft’s Extra Life Livestream Xbox division head Phil Spencer talked about events like XO18 and other events like E3.

“I’d say we’re learning. I saw some of the feedback on “Hey, it would have been great if you guys had a new game to announce.” It’s always great to announce new games and I agree with that. I am very committed to XO and getting that back as part of one of our connections to our fans and our community. Like anything, you do something, and you learn, and you grow from it. The thing I’d say is we’re committed to that.

We didn’t announce anything about next year, but I can say we’re really happy with XO this year and how it went, and we want to do it again.”

Spencer then went on to talk about E3 and why Xbox is sticking with it:

“I think about the same thing at E3. It’s interesting for us because E3 is such an interesting one [event]. When I think about it, when I was young E3 was about retailers coming and trying to figure out how many cartridges they were going to buy for the holidays. This is back when things would sell out. They would go to E3 trying to figure out what the hit games were, and we were all there trying to show our games so that they would up their purchase quantities and we would know how many cartridges or disks, whatever it was [to make].

Now I’d say most of our efforts and the reason why we like E3 the way we do… We could do this on our own or direct… We just think it’s an awesome and frankly convenient way for the fans to experience video games. I think we do it because it’s a U.S. celebration in L.A. It’s easy for people in the U.S. to come to one place and just share their love of video games.

My hope is that E3 continues to grow. I think it’s gonna change in some ways, but I look at all these events like XO, E3, the FanFest that we do at Gamescom… While we were doing the fanfest in Mexico City, I think we also had one in Milan going on at the same time. We can reach retailers, we can reach press in so many different ways…” [Editor’s note: Spencer was interrupted by the game he was playing while speaking, but he meant that these events are a great way to reach the fans]

Spencer also mentioned that creating new IP is one of the greatest things that can be done in the gaming industry, but it’s also important to keep exploring characters and stories from the past. One of the challenges is to find a balance between those two options because it’s not possible to constantly double the production capacity of the organization. Another interesting concept is that if teams don’t feel like doing something, they won’t do it no matter what Spencer says. Developers will naturally gravitate towards the things they want to work on.

We also hear that one of his heroes in the gaming industry is Civilization’s creator Sid Meyer. He is a big fan of turn-based strategy games. One of the defining moments of his career was when he joined the gaming division. He was told that there was a studio that would have probably been closed, and he was to try to make it work. After that, he started to work at Studio X on Fable, Rise of Nations, and more. That’s what started him on his road to Xbox.

As a funny note of color, Spencer mentioned that one of his early jobs as a programming intern at Microsoft was to clean a vice-president’s fish tank. He remembers that the first time code he wrote shipped in DOS Bookshelf, it blew his mind. It “really freaked him out” that 100,000 people were running his code.

If you want to read more, you can also enjoy what Spencer said about the importance of learning from failure and adding PC DNA to Xbox’s studios.