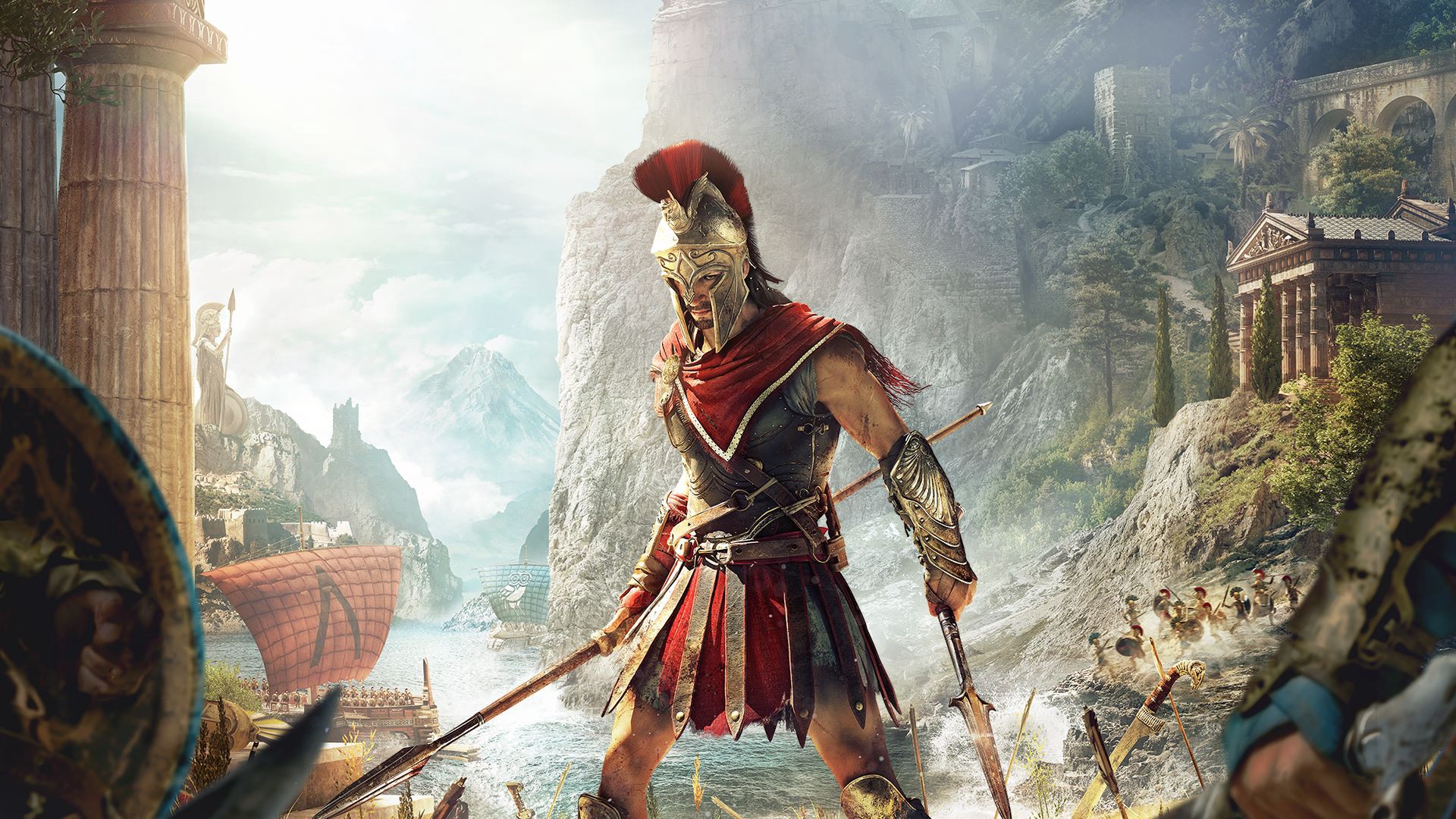 That’s right, the Steam Winter Sale is here and will last until Jan. 3 at 1 p.m. EST. To help you with your purchasing decisions, we’ve listed out what we think are the best deals you’ll find. You can find all the discounted games at the Steam store. Okay, let’s get into the best Steam Winter sale deals.

In the few months since Assassin’s Creed Odyssey launched, it’s made quite the buzz, even receiving first runner-up in Twinfinite’s Best Action Adventure of 2018 awards. That makes this 50% price cut all the more enticing. The Gold Edition that includes all the game’s DLC and expansions is also on sale for $49.99, down from its usual $99.99.

Assassin’s Creed’s resurgence began with last year’s Assassin’s Creed Origins, which also received high praise from Twinfinite. Now, with a 67% discount, fans have a great opportunity to catch up on the series for cheap. The Gold Edition for Origins is also on sale for $32.99, down from $99.99.

While Dragon Ball FighterZ is still selling for full price normally, the Winter Sale will allow you to snag the popular fighting game for 60% off. The FighterZ Edition of the game, which gives access to 8 DLC characters is also on sale for $47.49. The Ultimate Edition, which comes with the DLC characters as well as an anime music pack and commentator voice pack, is on sale for $54.98.

If you’re interested in jumping into The Division to get ready for its upcoming sequel, now is certainly the time. For the Steam Winter Sale, The Division is receiving a massive 85% discount, down from $49.99. The Gold Edition, which contains a season pass, is also available at an 85% discount for $13.49.

Bethesda’s critically praised 2017 shooter, Wolfenstein II, is seeing a similar deal in the Winter Sale that it did a few weeks ago on Black Friday. The base game can be purchased for $19.79 while the Deluxe Edition that includes the season pass is on sale for $30.95. Both versions are down 67%.

For a game that came out in September, Dragon Quest XI’s 40% savings is a fairly sizable cut. For newcomers who may be on the fence, we believe that Dragon Quest XI is a great entry point into the franchise. However, we also believe that there is more than enough for series veterans to enjoy as well. For more of our thoughts on the game, read our review.

Shadow of the Tomb Raider is another later 2018 game with a significant discount for the Winter Sale, this time 50% down. Players could also test out the game before deciding by playing the free demo.

All five episodes of Life is Strange for the price of a Starbucks Latte is an absolute steal. For a roughly 14-hour experience with highly memorable and relatable characters and a heart-wrenching narrative, $3.99 is an incredible price.

Also, the first episode is free, so if you try the game out and don’t enjoy it, you can go for the latte instead. You can’t lose. The complete season for Life is Strange 2 is also available for $35.87.

Sonic Mania is a brilliant mix of old and new, tapping our cherished memories of the old Sonic games while also not being afraid to experiment with the formula. At 66% off, this is a great time to jump in and play what many believe to be the best Sonic game in years.

The Winter Sale is also offering the Sonic Mania Encore DLC for a 50% discount at $2.49.

If you’re looking to dive headfirst into the Witcher games, look no futher than this bundle that includes. While the Steam sale is also offering The Witcher 3: Wild Hunt at $19.99, we think the concept of getting all three Witcher games for $2.03 more might be the way to go.

The Yakuza series and its many, many games can be daunting to get into. Luckily, Yakuza 0, which is currently marked down 33% in the Steam Winter Sale, is a prequel, making it a good entry point for newcomers. $13.39 is a pretty low bar to check out the wacky world of Yakuza and see if it’s for you.

For more on Yakuza, check out where Kazuma Kiryu ranked on our rankings of Best Dads of 2018.

If that hype Game Awards trailer got you in the mood to rekonnect with the Mortal Kombat series, this 66% discount for Mortal Kombat XL might be tantalizing. This is the version of the game that includes all the DLC characters. The base game is also on sale for $6.79, but with XL only costing $2.20 more, we think that’s the version to go for.

Besides, who doesn’t want to fight Alien vs. Predator in Mortal Kombat? Nobody.

Naruto to Boruto: Shinobi Striker, which came out in August of this year, is down 60% in the Steam Winter Sale. This is a good deal for a game this recent, and might be enough for fans to pull the trigger.

While Naruto to Boruto: Shinobi Striker might not have gotten the best reviews, it still has many fun elements, and dedicated fans might be willing to pick it up at this price.

Normally priced at a full $59.99, this 70% markdown for Civilization VI is a great deal. Anyone who has gotten into a Civilization game before knows that you are sure to get many hours of enjoyment from them and probably more hours than you planned to and most of them at 3 a.m. on a work night.

As with other Civilization games, there are a number of bundles and DLC packs, and they are all at various levels of discount in this Winter Sale. Visit the game’s Steam page to find more information about what each pack will offer you.

It’s only been a little over a month since Hitman 2’s release, which makes its nearly $20 price drop a good deal for anyone interested being an early player. Also, Hitman 2 is offering a limited time free Christmas mission called Holiday Hoarders, if you want to get a taste of Hitman before jumping in.

The Gold and Silver Editions of the game are on sale for $55.99 and $69.99 respectively, with the Gold Edition offering an extra expansion pack and exclusive in-game items.

The Overcooked! games are the perfect choices for a party, hang-out with friends or game night with a significant other. With both games, we think that this price is more than worth it. For more, read our review of Overcooked! 2 from earlier this year.

Many of us are guilty of re-buying Skyrim over and over on every platform we own, even if our replaying never makes it past Bleak Falls Barrow. We all have a problem, but we might as well save some money, right? At a 40% discount, this is a pretty good deal for anyone who wants to witness, or re-witness Skyrim, now with enhanced graphics.

Divinity Original Sin 2 is one of the best PC games ever, and in the Steam Winter Sale, it is now available with a 35% discount. This might not be as much of a discount as some of the other games on this list, but the Divinity Original Sin 2’s quality shines through and we believe that it’s absolutely worth this price.

For more on why we love this game, check out our review.

SoulCalibur made its return into the gaming industry earlier this year with SoulCalibur VI, and it was a pretty great return. With the game just releasing in October, this price point is likely the lowest the game will be for quite some time. If you’re interested in adding SoulCalibur VI to your fighting game rotation, this is a good time to jump on it.

The Deluxe Edition is also on sale for $62.99 and gives you the season pass with access to all the game’s DLC characters, including most recently 2B from NieR: Automata.

With Borderlands 3 likely to be announced soon, now is a great time to revisit the series or jump in for the first time. At $4.99, Borderlands 2 is an absolute steal, and can give you hours of solo or co-op fun before the new game comes out.

The Game of the Year Edition is also on sale for $8.79 and includes a whole slew of DLC. Other major Borderland sales include the Handsome Collection at $14.85 and the “Take Over Your Life Bundle” at $91.92.

Did we miss any important deals? Let us know in the comments!