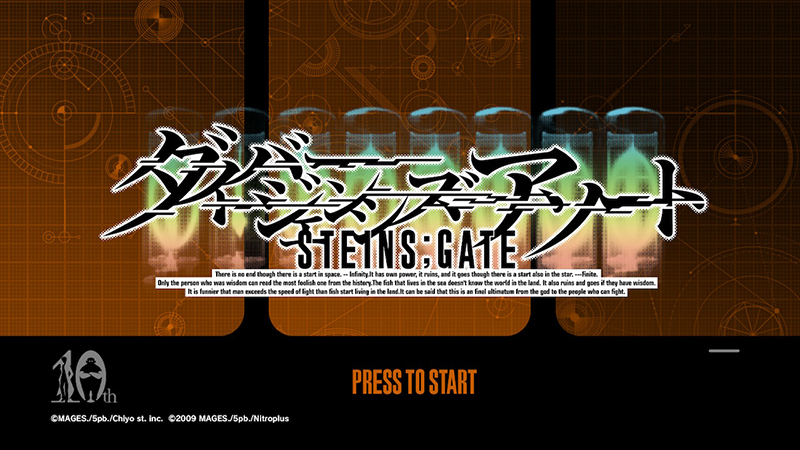 If you’re not familiar with the franchise, it’s the most popular among the games part of 5pb.’s “Science Adventure” series, and has spun a ton of games, anime, manga, merchandise and more in Japan and in the west.

While Zero has been released in the west quite a while ago, Linear Bounded Phenogram is coming west with Elite next year for PS4, Switch, and PC. Darling of Loving Vows is the only one that has never been localized and doesn’t have a western launch in sight.

If you need a refresher, you can check out the key artwork for all the titles involved in the collection below. Of course, no release for the west has been announced for this particular bundle just yet.

Considering the release plans for Elite, it may never come in this form, but I can’t say I wouldn’t love to finally play Darling of Loving Vows in English, sooner or later.