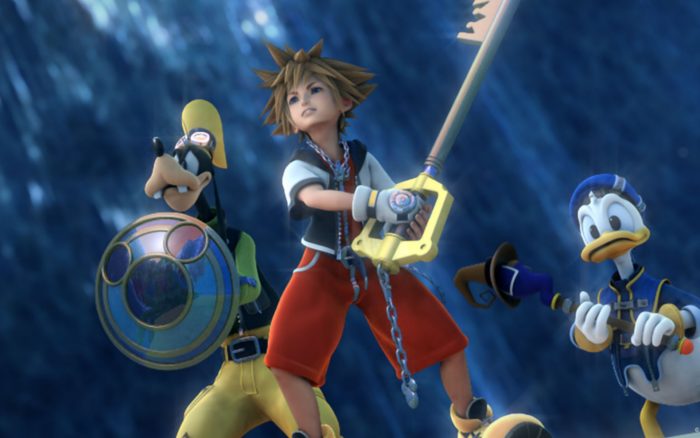 Kingdom Hearts 3 is set to release January 29, and Square Enix is dialing the hype-ometer up to eleven. To help celebrate the release of the long-awaited third entry in the franchise (not counting the spin-offs and rereleases), Final Fantasy Brave Exvius players can participate in a limited-time event that features fan-favorite characters. When does the event start? Today.

Since Final Fantasy Brave Exvius is all about crafting a dream team of summonable heroes (and villains) from Final Fantasy games, as well as some unrelated Square Enix titles, you’re probably wondering who will star in the event. Well, I’ve got some good news and some bad news. Good news is players will get to summon Sora and Cloud in their Kingdom Hearts 1 duds. Bad news is Riku, Axel, King Mickey, and other fan-favorites don’t join in the fun.

While we would be happy with just a bunch of new characters for our rosters, the event adds a few new bosses. Well, technically two: the iconic Guard Armor and Darkside. And yes, players who defeat these enemies will earn fantastical rewards and prizes, including rare recipes and materials.

Even though the event lasts until January 11, Sora and Cloud will remain in your Final Fantasy Brave Exvius roster permanently if you obtain them. While you can always try your luck with the regular summon, the Step-up summon guarantees one of these characters. But remember, once the event is gone, so is your chance of obtaining these special characters.