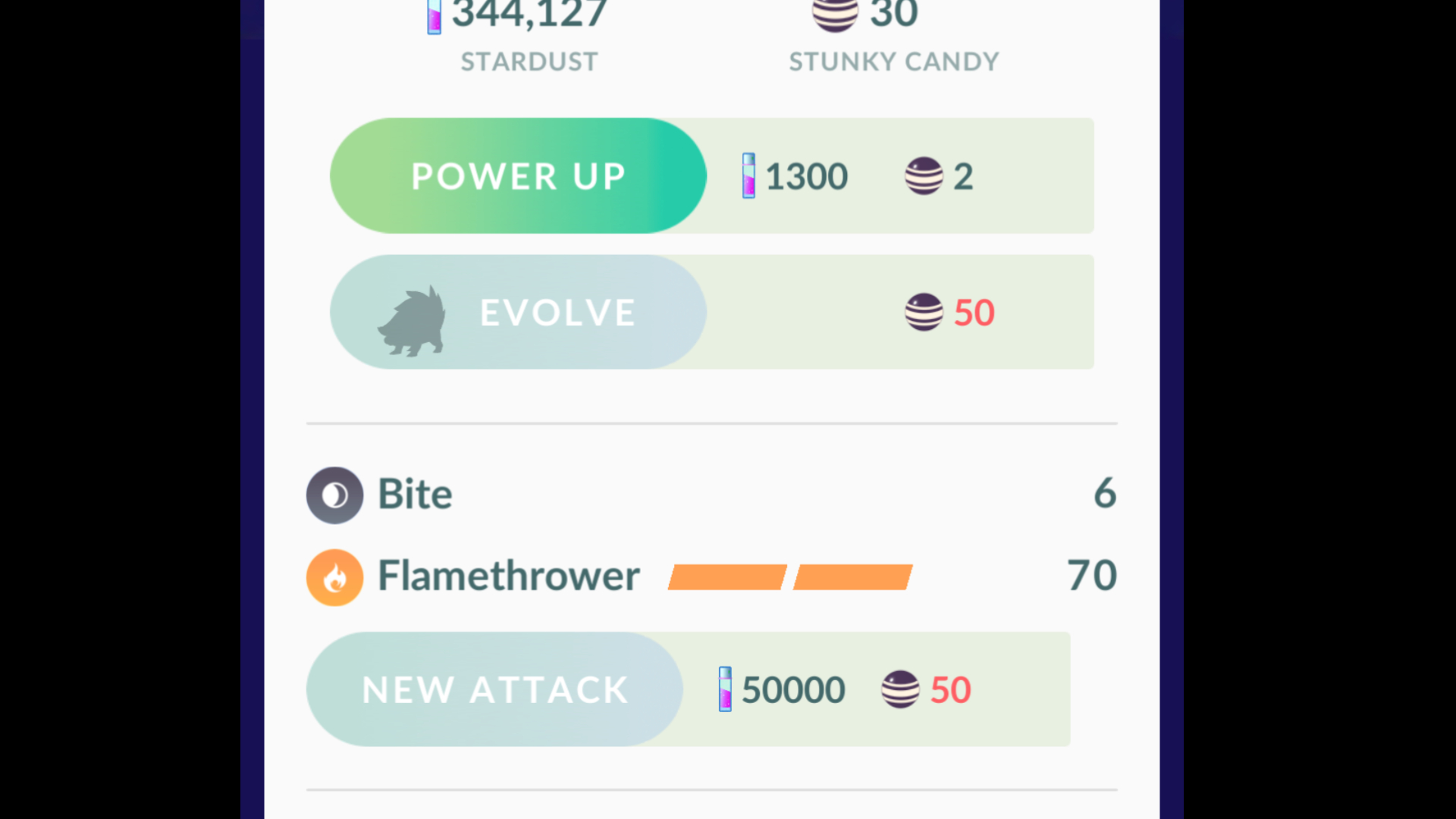 How to Use New Attacks in Pokemon GO & What They Do

With the recent addition of PvP in Pokemon GO, Niantic has endeavored to make the combat part of the game a little more complex with the ability to get new attacks. Here’s everything you need to know about how to use new attacks in Pokemon GO and what they do.

You are now able to unlock a new charged move for every Pokemon you have in your collection. That move, once unlocked, can be used in PvP and team leader trainer battles.

Thankfully, it’s pretty easy to get the new attacks. On the page of the Pokemon you want to unlock a new move for, you’ll see a new option just underneath the explanation of what their current moves are. All you need to do is select the ‘New Attack’ option and it’ll unlock.

However, while it’s easy to get a new charged move, it can be very expensive. Each one has a price of stardust and some of the Pokemon’s candy. The amount changes depending on the ‘mon, but it seems to be tiered. The tiers are:

Therefore, be careful when looking at them, since you don’t want to waste thousands of stardust on a new attack for a Pokemon you’re never going to use.

The benefit of unlocking a new charged attack is that it gives you more options in battle. You are able to change up your strategy and take advantage of an opponent’s weakness.

Once you’re in battle and the option to use a charged attack arises, you will be able to choose between the two moves that you have available.

That’s everything there is to know about how to use new attacks in Pokemon GO and what they do. For more tips and tricks on the game, check out our Pokemon GO wiki guide.