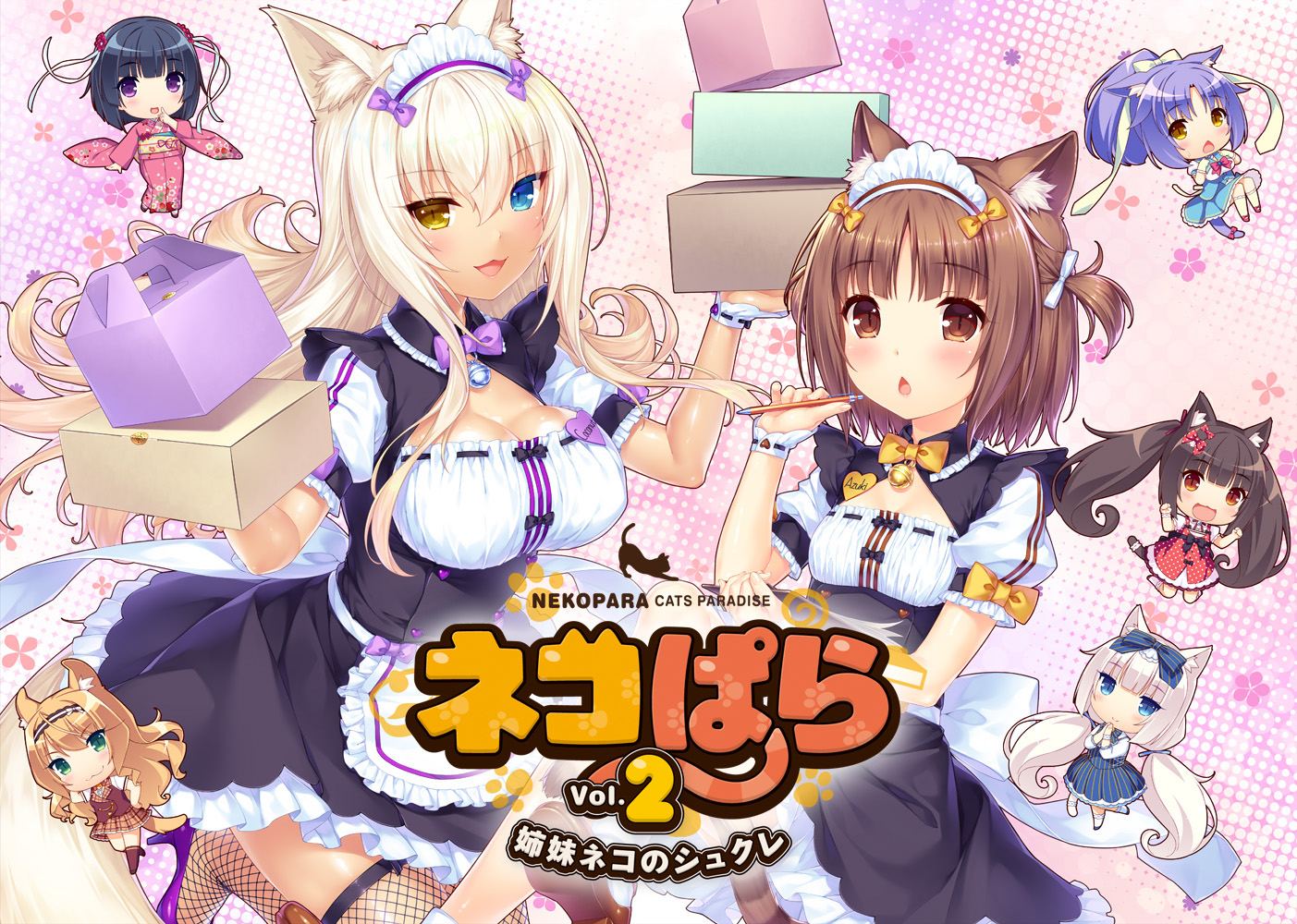 To be precise, the game will be released in February. At the moment the announcement is related only to Japan, but the game will include Japanese, English, Traditional Chinese, and Simplified Chinese text.

As it happened for Nekopara Vol. 1, a western release shouldn’t be too far off. For the moment the price and the exact date are still to be determined.

At the moment, the game is already available for PC via Steam, and it can be found here in case you don’t want to wait. Below you can read an official description.

“Business is booming for La Soleil, the patisserie run by Kashou Minaduki with his two catgirls, Chocola and Vanilla, his sister Shigure, and the Minaduki family’s four catgirl sisters.

Among them are the sarcastic oldest sister who hides behind a facade of toughness, Azuki, and the clumsy youngest sister who always tries her best even if she ends up doing more harm than good, Coconut. No one got along better than these two catgirls when they were younger, but lately, they’ve been fighting all the time.

Despite their sisterly love, a small misunderstanding ends up driving a wedge between them. As the story of these catgirl sisters unfolds, they’ll grow to understand each other and strengthen their familial bonds in this heartfelt catgirl comedy, which is only a little lewd. Now open for business!”

At the moment we don’t know whether the PS4 version of the popular visual novel will be censored as it happened with the release of Vol. 1 earlier this year, but considering Sony Interactive Entertainment’s recent track record, I’ll chalk it as likely.