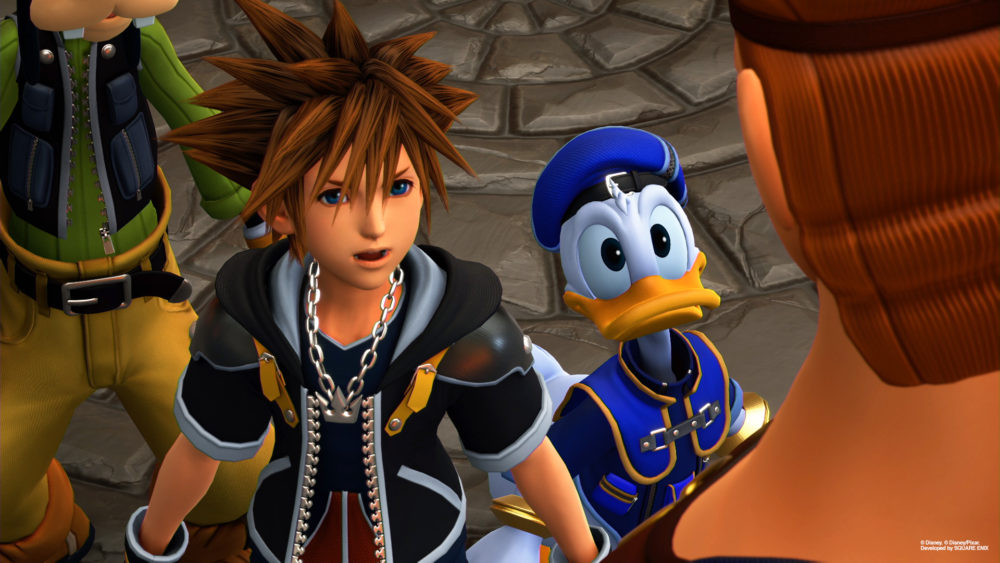 Today the Japanese arm of Square Enix announced with a press release the release date of the Kingdom Hearts: VR Experience, which was originally revealed during the PlayStation Lineup Tour in Tokyo last September.

The experience which will be for PlayStation VR and will feature a virtual reality music video, will first launch on Christmas, December 25th (considering that the press release is from Japan, the western date may change), and will receive a further update on January 18th, just before the release of Kingdom Hearts III.

On top of the reveal, we get a gallery of new screenshots, which you can see below.

On top of the news on the VR Experience, we learn that Hikaru Utada’s album “Face My Fears” will be released on January 18th as well. It will include both the English and Japanese versions of the opening and ending themes of Kingdom Hearts III, “Face My Fears” and “Oath.”

We also get to take a look at the cover of the album (which will also be available on iTunes), and you can see below.

Speaking of Face My Fears, you can listen to the song in the brand new trailer released yesterday and showcasing the opening cutscene of the game.