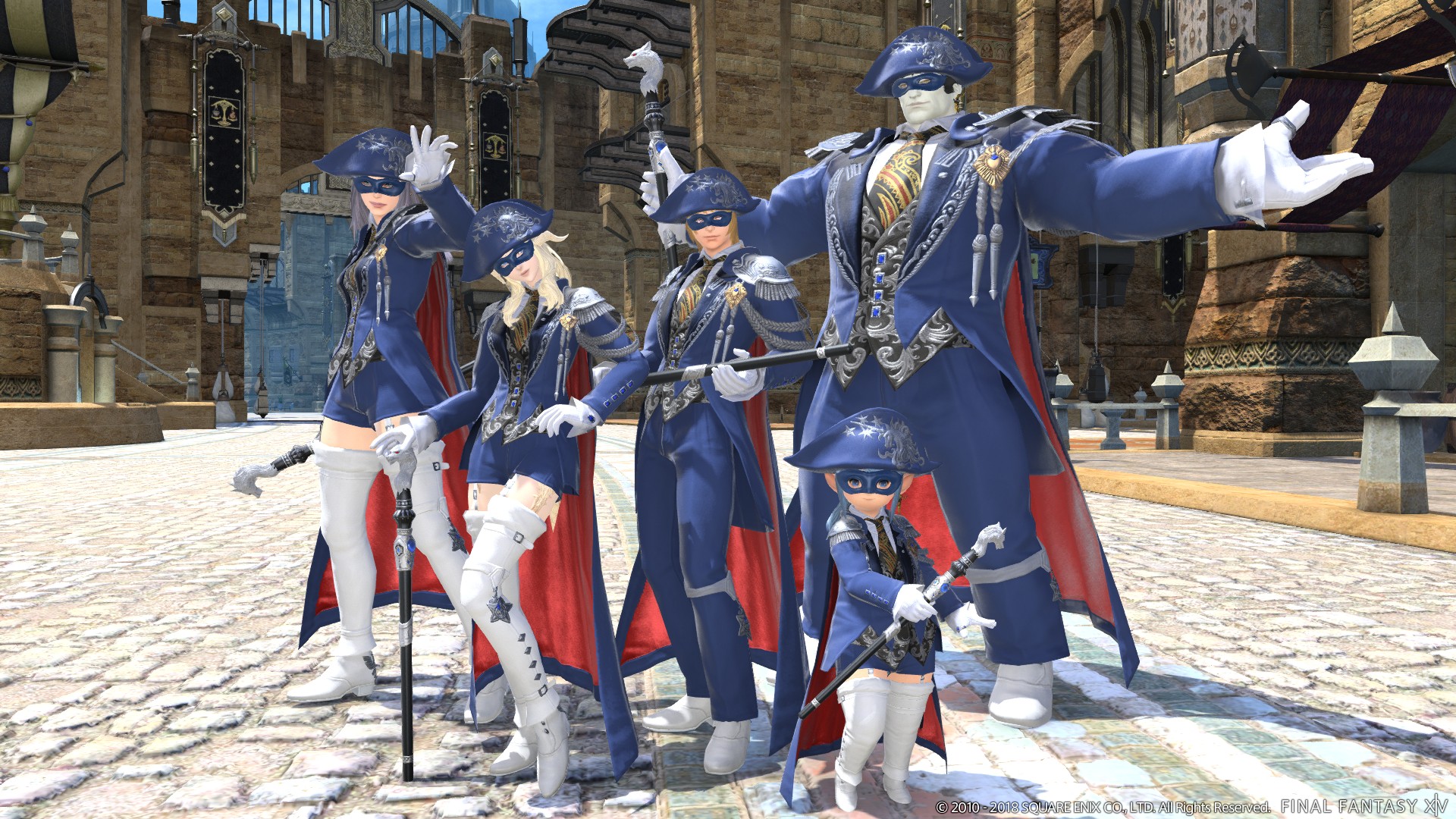 Today Square Enix released a brand new gallery of screenshots of its popular MMORPG Final Fantasy XIV. The images feature the content of update 4.5, dubbed “A Requiem for Heroes.”

First and foremost, the screenshots show the update’s centerpiece, the new Blue Mage job. The quest to unlock the job will start with a questionable individual peddling soul crystals said to enable a form of magic based on various creatures’ abilities.

Final Fantasy XIV players will have access to a spell book where they’ll be able to gather abilities learned from monsters. They’ll be able to enjoy the “Masked Carnivale” which will offer a range of diverse opponents to earn rewards and test their skills.

We also get to catch a glimpse of the new chapter of the main scenario quest, which is described as follows:

“War looms once again. Scarcely has Ala Mhigo taken its first breath of freedom when the Empire reaches out with ironclad fingers to reclaim the bloodied nation. Meanwhile, one after another, the Scions fall victim to an incurable slumber, leaving ever fewer of their number to contend with a rapidly disintegrating peace and the mystery of the voice which haunts them…”

Last, but not least we get to see the new dungeon named the Ghimlyt Dark. Located between Aldenard and Ilsabard, this is where the decisive battle for Eorzea will begin.

The update will be released in early January.

You can check out the screenshots below, while Final Fantasy XIV players are preparing to celebrate the Starlight Celebration.