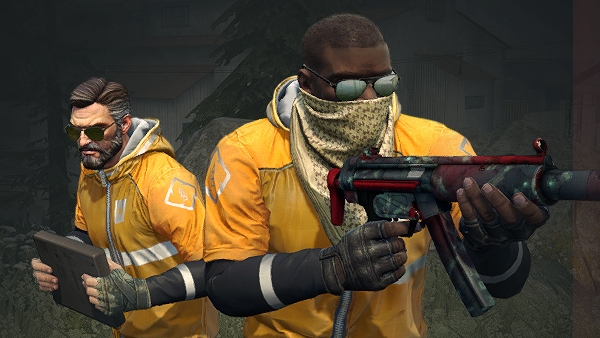 Counter-Strike: Global Offensive is now free-to-play for all players on Steam alongside a new battle royale mode within the game, Valve announced.

The game first launched on PC, Xbox 360, PlayStation 3 back in August 2012 for a price of $14.99. The transition to free-to-play means that all modes, casual and competitive, are available to all players.

Those who had purchased Counter-Strike: GO before the transition will receive a “Loyalty Badge” for their profile and their accounts upgraded to “Prime Status.” Prime Status allows players to match with other Prime Status members, and can receive “Prime-exclusive souvenir items, item drops, and weapon cases.”

One of the exclusive items is the new Souvenir MP5-SD submachine gun for a limited time by earning 250 XP in the new “Danger Zone” battle royale mode by Jan. 9, 2019. Free-to-play accounts can upgrade to Prime Status for $14.99.

Danger Zone places up to 16 players in Solo and up to 18 in Duos and Trios to scavenge for money, guns, and supply drops on the map, called Blacksite. Every player has a tablet to order deliveries via drones and track the various damage zones and positions of other players.

Valve says the guns in Danger Zone have the “same behavior and damage” as the main game, though will use community feedback to update the mode accordingly. Players can also earn more cash by eliminating high-value targets with contracts and carrying hostages to safe zones, similar to the objective of rescue maps from Counter-Strike.