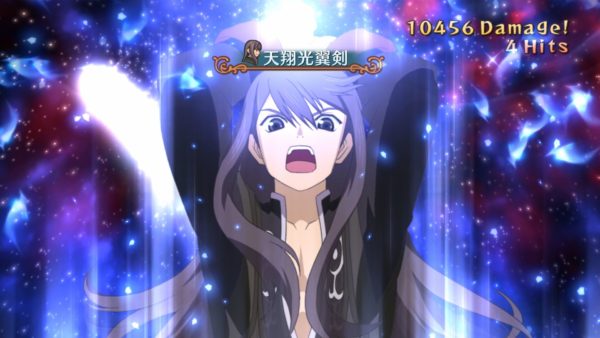 The screenshots focus on the battle system, which is still the Evolved Flex-Range Linear Motion Battle System which we know and love. We see artes, mystic arts, the over limit feature which allows players to keep increasing their combat capabilities as the gauge accumulates, the Battle Book, and more.

If you’re not familiar with Tales of Vesperia: Definitive Edition, it’s the remaster on modern platforms of the classic JRPG Tales of Vesperia. The original game was released first as a temporary exclusive for Xbox 360 in 2008. It was part of an effort by Microsoft to gain a foothold in the Japanese market by acquiring relevant JRPG exclusives.

Towards the end of 2009 the game launched for PS3 as well with additional content, but this version was never localized in English, much to the dismay of the fans. The Definitive Edition is the first time western gamers are able to enjoy the new content without needing to read Japanese.

You can check the screenshots out in the gallery below. If you want to see more, you can enjoy a recent trailer and a video from Tokyo Game Show.