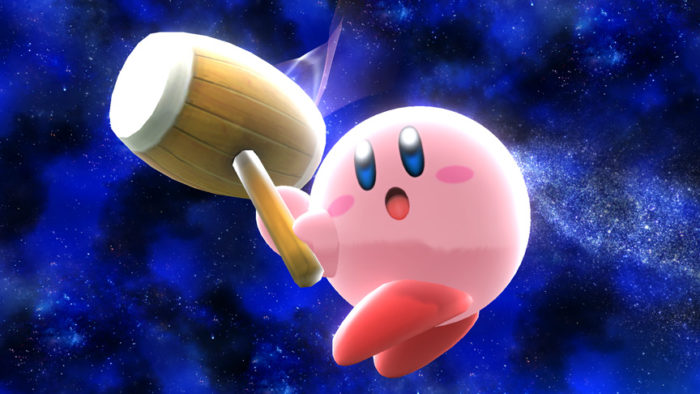 Fans familiar with the creator of Super Smash Bros, Masahiro Sakurai, know that he has a special affinity for Kirby. According to Sakurai himself, though, the reason Kirby survived the World of Light explosion seen in in the Nov. 1 Super Smash Bros. Ultimate direct had nothing to do with his bias.

In a Famitsu column this week, which has since been translated by Source Gaming, Sakurai said that he knows about the perceived Kirby bias. This makes sense considering he created the Kirby IP. He also said that he expected fans of the series to point it out.

This bias is nowhere near as visible as it is in Super Smash Bros. Brawl where the Kirby characters were seen by fans as the only characters who did anything of importance in the adventure story mode known as Subspace Emissary. Meta Knight recovered the Halberd, King Dedede has long been thought of as the true protagonist and Kirby was virtually everywhere, reviving others throughout the story.

Still though, Sakurai said the reason Kirby survived in Super Smash Bros. Ultimate’s World of Light isn’t because of his bias, but because it’s obvious that he would be the only survivor. Specifically, he said from a planning process that included a process of elimination, he was the only fighter left on the board that could have survived the Thanos snap err explosion.

Sakurai also explained that for a character to escape this explosion in Super Smash Bros. Ultimate’s adventure mode, how they did it would have to make sense logically, which is another reason Kirby was able to survive — his warp star can warp to somewhere else, somewhere safe. Characters running or flying away, despite their speed (see Sonic), wouldn’t be able to outrun the seemingly deadly stars of the World of Light explosion.

Doing all he can to dismiss his bias, Sakurai finished his explanation by saying that he never set out to write a Kirby story.