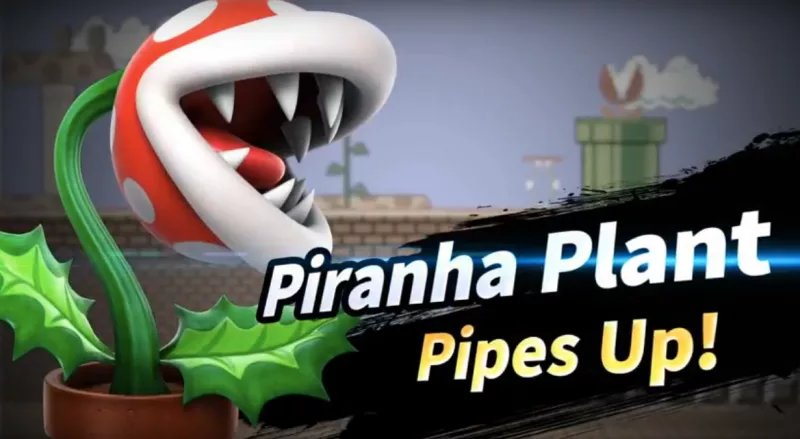 Piranha Plant will be a tricky character, with a variety of moves that can deceive opponents and hit them from range. Its Final Smash also allows the plant to turn into a giant Petey Piranha, swinging two cages around the battlefield.

The Piranha Plant will be available to all players completely for free as long as they take steps to register their game. For anyone that buys the game digitally, this will automatically happen with purchase. However, if you buy the game physically all you need to do is register the physical copy’s gold points on your Nintendo switch through the icon menu. This announcement comes in addition to the paid DLC announced during the stream.

Five different DLC will be coming to the game over the next year or so, with each one adding on a new fighter, stage, and music track. These packs will be available for $5.99 each, or can be purchased in a bundle for $24.99. Sakurai also stated that they weren’t quite ready to reveal the contents of the DLC at this time.